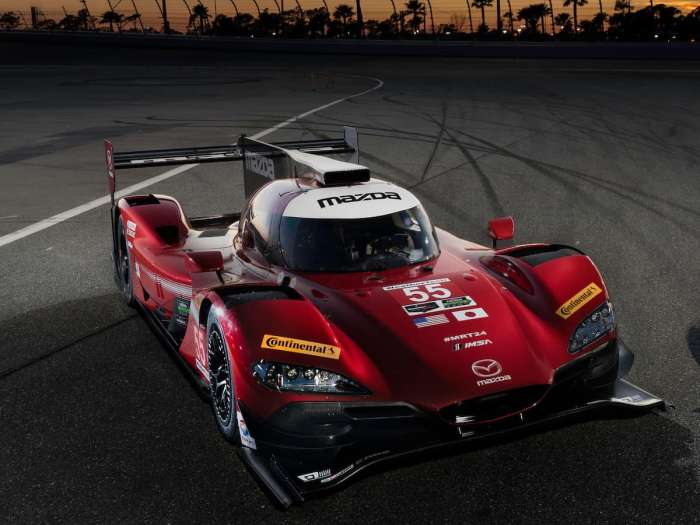 Mazda Team Joest is Preparing to Take on Watkins Glen, but They'll Be Facing More Than Competition

Mazda Team Joest is hoping to repeat some of the success of last year's showing at Watkins Glen in upstate New York, but in addition to have to battle with the competition, they also have 6 hours of near three-digit heat.
Advertisement

Mazda faces a number of challenges going into the second half of the IMSA Weathertech Sportscar Challenge. Not least among them is the competition. The field has had strong competition this season. Team Joest has a 9 point gap behind the 5th position, and a 27 point gap from the leader.

The heat at the upcoming race at Watkins Glen has creates a number of potential problems. The first is for the drivers. Heat at the kind of level which is expected this weekend adds another level of stress for the mind and body of a driver over the course of a 6 hour race. Temperatures inside the car can be as high as 130 degrees, which can lead to heat exhaustion, and even possibly heatstroke.

Mazda also has its standing to worry about. In the manufacturer championship, Mazda sits dead last behind the three other prototype class manufacturers. In order of ranking: Cadillac, Acura, Nissan, and Mazda sits on the bottom. However, the points gap is less severe than the team championship, with just 3 points keeping Mazda below the next place, and 17 points from first.

The Most Competitive Sports Car Racing on the Planet

Mazda's Motorsports division is hopeful that this year's race reflect last year's podium-winning performance. "We head back to the Six Hours at the Glen with confidence thinking about the podium finish we scored there in 2017," said John Doonan, Director of Mazda Motorsports. with all the advancements Multimatic has made on the chassis package, the Mazda RT24-P should be even better and we will have a good shot at a strong result." Doona is keenly aware that this will be no easy task for Team Joest, stating that "The 2018 championship has proven to be the most competitive sports car racing on the planet with top teams, top cars and top drivers. And when you add to all of that some extreme summer heat in the northeast, we are all going to be put to the test."

This weekend is going to be an exciting on for racing. If you are looking for more info on the event, check out IMSA's Website, and look at our article on Porsche getting ready for the race.