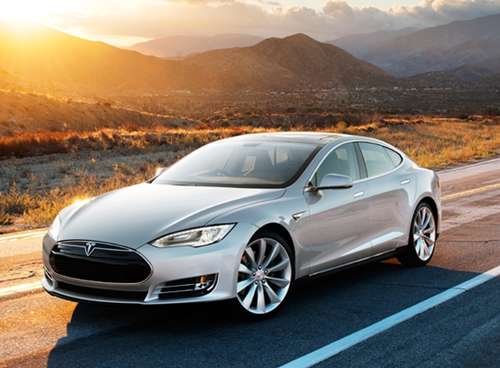 Would George Washington drive a Tesla if alive today?

As an exercise in speculation, and in honor of the observation of his birthday tomorrow, we started wondering what George Washington would drive today, if still alive at the age he left the White House and aware of the events of the interceding 216 years.
Advertisement

It would be helpful if he were a Republican or a Democrat, but Washington eschewed partisan politics, possibly foreseeing the Congressional gridlock that has resulted from it.

He remarked in his Farewell Address, “The alternate domination of one faction over another, sharpened by the spirit of revenge, natural to party dissension, which in different ages and countries has perpetrated the most horrid enormities, is itself a frightful despotism. But this leads at length to a more formal and permanent despotism. The disorders and miseries, which result, gradually incline the minds of men to seek security and repose in the absolute power of an individual; and sooner or later the chief of some prevailing faction, more able or more fortunate than his competitors, turns this disposition to the purposes of his own elevation, on the ruins of Public Liberty.”

So today, he would probably be an independent and the members of this loose-knit political subgroup drive every kind of car imaginable.

Perhaps more revealing of what the Father of our country would find fulfilling today was his lifelong desire to live the idyllic if hard-working life of the landed gentry. George Washington was also interested in the potential of the lands of the Western United States; fully cognizant the nation’s future lay in taming the West.

He became the head of the Mount Vernon estate at the young age of 20, and continued to add to his holdings throughout his natural life.

From his retirement from the Virginia militia until the start of the Revolution, the First President was devoted to the development of his lands. He personally attended to crop rotation, animal husbandry and still managed to keep up with the latest scientific advances. He delighted in horseback riding, fox hunts, fishing as well as the elegant and intricate French dance form known as cotillions.

He worked every day of the week except Sunday, frequently doffing his coat, rolling up his sleeves and working right along side his laborers. He was an innovative and responsible landowner, breeding cattle and horses and tending to his fruit orchards.

So though we are assuming he would still retain a large estate in his beloved home state of Virginia, we’re supposing George Washington would somehow have been drawn to the Napa Valley wine business. We think he would have loved Northern California and the scientific yet agricultural pursuit of vineyards and the production of wine.

We assume he would have other holdings in Western States with vehicles suited for whatever business ventures those lands supported. There would have been pickups, certainly for the ranches and farm enterprises, but we feel the corporate farming of the Great Plains would have moved him towards ranching and wine production.

We think it most likely all American made pickups, whatever the brand, would be represented across those holdings, based upon Washington disdain of political parties – plus his belief in equality and liberty for all.

“As Mankind becomes more liberal, they will be more apt to allow that all those who conduct themselves as worthy members of the community are equally entitled to the protections of civil government,” he said. “I hope ever to see America among the foremost nations of justice and liberality.”

Living in Northern California, with property scattered throughout the western states, he might have had an SUV, but you can be sure it would not be a Range Rover - some things are not easily forgiven.

We suspect he might have been fond of a Chevy Tahoe Hybrid, if not a Lexus RX 400h, given his love of both nature and man. We think he would love the American people (with reservations perhaps) and nature as well, based on this quote. Notably, throughout his Presidency he carefully avoided the trappings of monarchy.

Our final conclusion is when traveling between his winery in Napa Valley and his private hideaway somewhere near Paradise; the Father of our Country would roll in the current peak of technological luxury and regard for Mother Earth.

“There is nothing which can better deserve our patronage than the promotion of science and literature,” Washington asserted. “Knowledge is in every country the surest basis of public happiness.”

Since he was fascinated with and eternally endeavored to keep up with scientific advancements, we think George Washington would drive the Tesla S. Of course he'd have solar recharging stations at both properties, well within the 800 kW Tesla’s 300-mile range.

He would love what the Tesla S says about American innovation and the fact that it is keeping the name of another great American alive – one who was largely misunderstood in his day.

We also think he would regard our natural resources as our greatest asset, second only to the American people, their hopes, dreams and potential.

Hope you enjoyed this bit of speculation, though it is just one line of thought. If you have another theory, we'd love to hear it.

LG's New EV Battery Plant Is a Welcome News for Tesla
Tesla Giga Berlin's New Hurdle: It's Not Only the Gov't, but Now Tesla Itself
END_OF_DOCUMENT_TOKEN_TO_BE_REPLACED