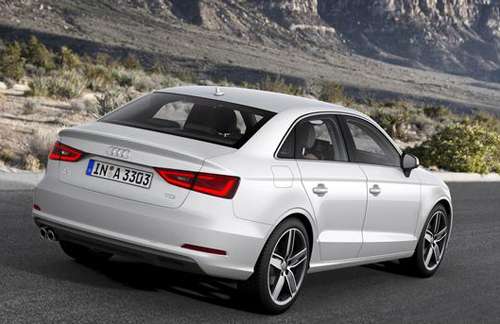 Will Audi be the next big player in car sharing?

Audi may well be the next big player in the car sharing game if the document the DC Auto Geek found online is genuine, referring to a service labeled Audi Access.
Advertisement

Juan Barnett found the documenting sniffing about the US Patent Trademark Office’s online database, referred to as TESS, and discovered a document in which Audi talks about registering a short term leasing service.

Does short term leasing equal car sharing? We suspect it very well might.

BMW and Mercedes-Benz are known to have been playing around with the concept – it’s the answer to the millennials’ indifference to automobile ownership.

In the days when not everyone had a mobile phone, pay phones were everywhere. Today not everyone has or even wants a car, resulting in the growth of pay cars like ZipCar and Car2Go. Like the phones of old, you pay for how far you (or your voice) is traveling and how much time it takes.

Having recently checked into the Car2Go system, it makes a certain economic sense – especially for the young but wise that spend frugally while carefully skirting legal liabilities.

Put another way, if a downtown club or party at a friend’s is planned, get there with a car share vehicle for one third to half what a taxi would cost. If you have more than a single drink that choice saved money for the cab home. Meanwhile, a little planning circumvented the embarrassment and expense of a DUI.

The Car2Go plan covers gas and insurance, only requiring that you follow parking guidelines, for seven dollars per half hour. A little more expensive than public transit, but it basically gets you from door to door without the need for long urban hikes.

You can actually rent a lot of high-end items these days, running the gamut from watches to cameras to Harleys and so on into the night. So what’s wrong with having access to high-end cars for just a little while now and then?

It might help make up for the beater you had to drive for some period of your life!

Besides if some of these carless folks get to drive one of today’s highly advanced premium vehicles, they might just decide it could be worth owning one. Thus it makes sense for Audi to have its own operation, which would be an effective sales tool for them in more than one way.

First, people unfamiliar with the brand and how far it has come over the last decade would get first hand experience with Audi vehicles. Secondly, the Audi Access logo on the cars would promote the service and the brand as well throughout populous urban areas.

Repetition is what makes advertising work, as well as the reason it gets annoying. Audi share cars wouldn’t be shouting at you from a boob box, or interrupting your cyber-surfing with flashing lights and jumping icons. They would glide by silently, leaving subliminal imprints and creating a slowly cumulative effect.

Car2Go makes perfect sense for certain applications – it’s cheaper than parking downtown for one thing. You need only park it legally where it can remain for a two hour minimum time frame. On the other hand, the SmartforTwo may not be what others might want to ride in on city freeways full of trucks and SUVs.

So when a friend is coming to the airport and picking them up in an Audi A3 or A4 costs little more than the Super Shuttle van, what would you choose?

Mind you, the mere filing of an exploratory trademark application does not mean this is certain to become a reality. Nevertheless, it could come to be.

Most people living on coastal islands never owned ferries because they used them infrequently and it was easier to let someone else operate them and pay the nominal fee.

That is the same model at work here – if you only need the car now and then, why not let someone else deal with the expense of purchase, upkeep, fuel, insurance and licensing?

It's just like in the Commercial Cellular phone spot – that way you end up only paying for what you need – and nothing that you don’t.

It makes perfect sense for Audi to look into car sharing - maybe they'll decide to just sell a fleet to ZipCar or some other car sharing upstart, but we think they might have a market ready and waiting for them.

After all, Audi has over 7 million fans on its Facebook page. You go, Audi!