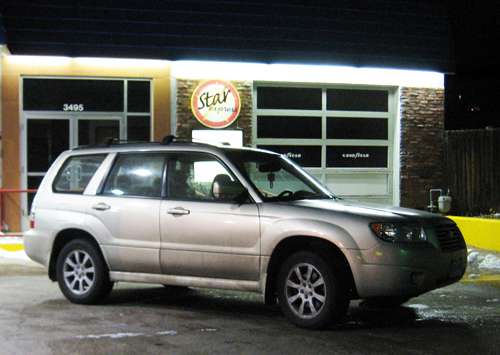 Over the past five years, thanks to the economy, many people have been repairing their current vehicle to avoid the expense of a new one, but how far can this be pushed before it becomes a losing proposition.
Advertisement

That tendency alone has driven up the value of late model used cars because newer cars are better quality and last longer than older cars with less maintenance.

This is even more significant when you consider how much more of the car is covered for even longer in most modern warranties. The Denver Post recently ran a story on the rapidly improving quality of automobiles.

"There is a perception that all-new models, or models that undergo a major redesign, are more problematic than carryover models," The Post quoted David Sargent, vice president of global automotive at J.D. Power and Associates, from a written statement.

"The rapid improvement in fundamental vehicle dependability each year is more than offsetting any initial glitches that all-new or redesigned models may have," he continued.

According to J. D. Power, Lexus is the most dependable brand, with only 71 problems reported per 100 vehicles. Porsche, Lincoln, Toyota and Mercedes-Benz follow Lexus in reliability in that order.

“Never pour sand down a rat hole,” my late father used to frequently say. The point was it would never fill it up – in other words, don’t waste your efforts on a futile undertaking.

There is a time when repairing an old car reaches a point of diminishing return. So how do you know when you’ve reached that point?

There is one big difference between driving a new vehicle you‘ve financed or leased and one you’re trying to keep running. The new car has a set payment and insurance rate that stays the same from month to month. The old car can go a month or two or six with no outlay at all and then whammy – you need a new transmission – equaling the new car payments for several months.

You pay one bill and you’ve got a car that might go another few months before it zaps you again. You pay the other and you have a new, reliable and probably more efficient vehicle to drive – so it costs you less at the pump as well.

GoBankingRates.com is a site that can help you project the various expenses involved in buying a new car and has prepared a report to help you decide if the time has come to let go of your “Subie Do.”

“There’s a fine line between wanting to fix an old car for frugality’s sake, and just being fanatically stubborn about letting go of an obvious money-pit,” said the lead researcher for the report, Jennifer Calonia.

“Financially, it makes more sense to save the money spent on recurring car repairs toward the purchase of a new car – by putting money toward a new car over continued auto repair costs, there’s less hassle and less risk.”

According to the report, when the amount you have spent on repairs exceeds half the car’s retained value, it is time to get a newer car. If the vehicle is still within the realm of scheduled maintenance events, a good time to trade or sell it is just before the next maintenance time occurs.

The main thing is to realize when a focus on frugality begins to risk your safety – new cars are steadily becoming safer and safer under the watchful eyes of the IIHS. Don’t let your old car become a traffic time bomb with a finicky timer.

To read the full report or take advantage of the sites financial tools, click here.

Many thanks to my dear friend who volunteered her aging Subaru for the image in this story.