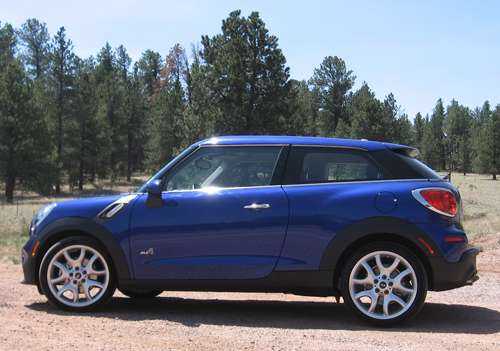 What if car sales run out of momentum?

Car sales have been the bright spot in the economy and have continued to increase over the last four years, but what if that trend hits a rough patch – will the economy sink again?
Advertisement

Auto sales have been leading economic recovery over the last four years and though it may be an unlikely scenario, what happens if the bloom fades on the auto market?

Lately, other indicators have buoyed public perception – like the recovery in housing starts and values currently occurring, but the recent ups and downs in the stock market show just how volatile the economy really is.

Despite the positive improvement in housing, job growth remains sluggish. Furthermore, the approaching end of the Federal stimulus package could spell increasing interest rates – another factor bringing the immediate future into unpredictable waters.

"If you want to point to a stellar performer in the recovery, you point to the auto sector," said Thomas Klier, a senior economist at the Federal Reserve Bank of Chicago. "It's been pretty solid, continuous growth" since 2009.

The above quote comes from Neal E. Boudette writing for the Wall Street Journal.

Though auto sales in the US are on track to hit 15 million or better, there is no guarantee. Though the auto industry accounts for only four percent of the US economy, in the first quarter of 2013 it was responsible for roughly half of all economic growth.

The auto industry employs over 2.5 million Americans in one way or another, according to the Bureau of Economic Analysis. Though auto sales are still showing growth, it is less than the 13 percent level of 2012.

Consequently, auto makers have been going to great lengths to keep sales going – more and more sales and leases to subprime buyers and interest rates very close to zero percent. It’s an approach without a long-term functionality.

Such incentives will simply not be possible if the Federal Reserve begins to let interest rates rise when the stimulus efforts end.

For example, Nissan managed sales growth in May of 25 percent. The impressive performance was at the cost of rebates of up to $500 per vehicle to dealer showrooms.

Some OEMs are quite simply selling cars at a loss to keep the numbers increasing, but this modus operandi has an expiration date built in - it just can’t last.

Are car sales providing a false barometer reading of the economy?

Some folks are buying new cars simply in an effort to lower their monthly budget – saving $20 on a car payment, fuel and insurance is a good thing to them!

Nevertheless, the apparent improvement in the housing industry would lead to more contractors, plumbers, electricians and painters to buy new trucks and vans. That can’t help but increase the numbers.

In addition, there are still plenty of people putting off the purchase of a new car based on the economy, and that position becomes more and more untenable as time passes. Old cars don’t get newer as you hang onto them.

Yet, in the final analysis, what’s really needed is for the Millennials, Americans 18 to 34 years of age, to start buying cars again. Before the recession, this group accounted for up to 16 percent of new car purchases.

When they begin buying again in significant numbers, the auto industry can go back into overdrive. Otherwise, the rosy future some have predicted for auto sales this year may go right up in smoke.