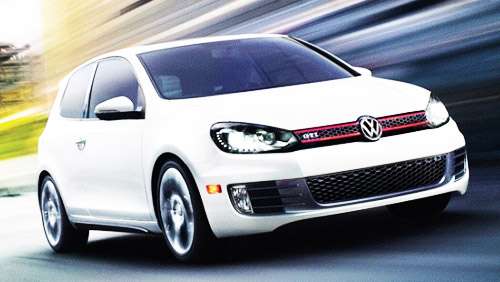 Volkswagen sales last month were up by a whopping 47.9 percent over last year, rising to 27,209 units in the U.S. alone, which is their best January performance since 1974.
Advertisement

It was about that time, during the early 1970’s, when the brand ran a billboard advertisement in the U.S. depicting a longhaired fellow in a flowery shirt driving a convertible Beetle with the top down, his brown locks flowing in the wind. The slogan read: Blow Your Mind. What surprises us, is it has taken this long for VW to equal the popularity they enjoyed when America first fell in love with the still iconic Beetle.

Different models, however, are leading this new surge in sales. VW sold 9,564 Jetta sedans last month along with 6,318 Passats, named the Motor Trend Car of the Year and built in Chattanooga TN. Tiguan sales were up 50 percent over last year and the high-mileage, diesel burning TDI models ramped up 30.2 percent, accounting for a full sixth of VW sales in the U.S. That’s a significant change in a society that’s traditionally been diesel shy.

Noticeably absent from that list is the updated Beetle, which is still selling, but nowhere near the way it did when it was the most popular of just a few VW models. The 2012 Beetle, to be featured in the brand’s Super Bowl spot this Sunday, sold 1,401 units.

"We ended 2011 strong and are seeing the momentum continue into 2012 with a 47.9 percent increase, demonstrating our growth strategy continues to take root," said Jonathan Browning, President and CEO, Volkswagen Group of America, Inc. "With the release of our much-anticipated Game Day ad, 'The Dog Strikes Back,' our relentless focus on the core pillars of the business, and a full line-up of new and refreshed vehicles, Volkswagen is off to a strong start in 2012."

For the longest time VW seemed to be overpriced as though you were paying a premium for the name alone. Having driven last years Jetta and Passat last summer, that has changed as the brand is providing good value at a reasonable price once again.

Of course, that reasonable price is far more than the $1,999 you could get a Beetle for way back in 1970. Still someone who grew up in a modern VW would feel the need to get back to the future if they found themselves in a ‘70s model.

Cars are a lot more now than they were way back then and what doesn’t cost more? You could get a gallon of gas for 25¢, including tax, back then too!