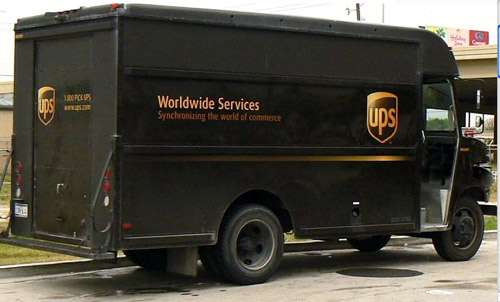 United Parcel Service has placed an order for 150 delivery vans from Utilimaster featuring plastic bodies in a move expected to save up to 40 percent of the fuel consumed by comparable aluminum body trucks.
Advertisement

The composite plastic paneled UPS trucks are expected to be put into service by fall, and will primarily be used in the long-haul delivery routes of the West, according to a report by Jim Motavalli of the New York Times.

The plastic body trucks have been in development for three years, and were field tested in five different regions for a full year before UPS placed the order.

“We wanted to put these trucks out in our operational centers to duplicate the real world conditions our vehicles undergo,” reportedly stated Dale Spencer, director of automotive engineering at UPS.

He referred to the prototypes as “rolling test beds” for the new technology that combines recycled plastics and used tires to create a lightweight composite.

Utilimaster, builder of the trucks specified as CV-23, is a fabricator of custom commercial vehicles in Indiana. The vans feature a 150-horsepower, 4-cylinder Isuzu diesel engine, significantly more fuel efficient than the ones built by General Motors and Cummins used in the P70 package cars currently in use.

There is a trade-off, however, in weight savings at the cost of cargo space. The plastic body trucks weigh 8,600 lbs, 900 lbs less than the P70 models, but the CV-23 has 70 cubic feet less cargo capacity.

Nevertheless, the field tests have convinced UPS the plastic bodied trucks would meet all their performance requirements and Lynnette McIntire, a sustainability spokeswoman for UPS, believes the composites may eventually be used in interstate and heavier trucks.

A wide array of plastics is used in the CV-23, including molded polyurethane that’s used for lower body panels, front fenders, the front bumpers and the dashboard. Thermoplastic olefin is used to form the instrument panel and interior trim.

Some structural components were made from polyethylene sheet-molding compound, like the body of the Chevy Corvette. On the roof, the trucks have a single piece of formed fiberglass-reinforced plastic, according to John Knudtson, vice president for product development at Utilimaster. The hood is also a fiberglass-reinforced molding.

As the plastic components are formed in the required UPS Corporate Brown, the trucks shouldn’t show scuffs or scratches like a normal truck. Though the prototypes had plastic floors, the production models will retain the sheet aluminum flooring of the current trucks.

Not only that, they should never need to be repainted.

Aaron Turpen wrote on June 23, 2012 - 11:51pm Permalink
Strange that they would be willing to give up space volume, since package hauling is all about space rather than weight. The fuel savings must be significant enough that they're willing to add on the extra trucks to make up for the lost volume. The new trucks have a more streamlined look to them, but not sure why they would be "long haul" since that implies a lot of distance. A delivery van (these are usually called "walk-in vans") is not a long haul vehicle, it's meant to go door-to-door. By "long haul" they probably mean routes that are 100+ miles daily, such as those out here where I live.
Don Bain wrote on June 24, 2012 - 10:23pm Permalink
It starts with New York City deliveries. But may be adapted for trucks that have tp ply the wide open spaces of the Big Sky Country.