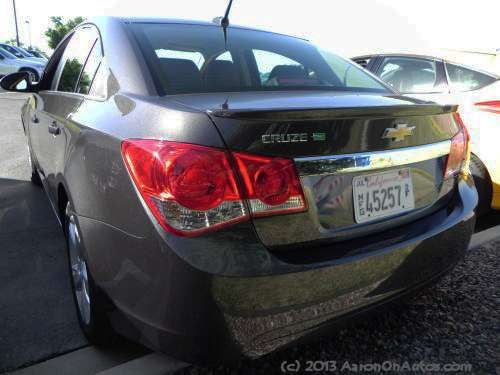 A University of Michigan comparison of diesel cars to their gasoline variants shows significant cost savings across three to five years, despite the slightly higher cost of diesel fuel and vehicles.
Advertisement

The University’s Transportation Research Institute funded the study titled Total Cost of Ownership: A Gas Versus Diesel Comparison, conducted by Robert Bosch LLC. The results of the comparison were released today at the 2013 Alternative Clean Transportation Expo in Washington D.C.

“Overall, the results of our analyses show that diesel vehicles provide owners with a total cost of ownership (TCO) that is less than that of the gas versions of the same vehicles,” the study reported. “The estimates of savings for three and five years of ownership vary from a low of $67 in three years to a high of $15,619 in five years, but most of the savings are in the $2,000 to $6,000 range, which also include the extra cost usually added to the diesel version of a vehicle.”

The 20 to 40 percent higher efficiency of diesel engines tends to counterbalance the slightly higher cost of the fuel across a few years ownership. Further the mileage savings even overcome the higher price typical of a diesel car, compared to the gasoline version.

All the diesel vehicles in the study showed better mileage than the gasoline variants, with diesel cars getting from 8 to 44 percent better mpg ratings.

“These new findings that clean diesel vehicles are a more cost-effective investment for car owners reinforces what auto analysts and other comparative studies have determined in recent years,” said Allen Schaeffer, Executive Director of the Diesel Technology Forum. “The significant savings diesel owners experience compared to gas car owners highlights another major reason why clean diesel vehicle sales will increase significantly throughout the US in the coming years.”

Furthermore, the study showed diesel vehicles had lower total fuel costs than the gas versions, with savings on 11 of the 12 vehicles ranging from 10 to 29 percent.

Schaeffer also pointed out that as the CAFE standards of 2025 near, pushing fleet averages up to 54.5 mpg, the efficiency of diesel cars can only play an increasing role in the drive towards that goal.

Lower Depreciation
Out of 12 vehicle comparisons across a fair array of price levels, 11 of the diesel vehicles retained more value than the equivalent gas vehicle over three years. Eight of those showed double digit savings ranging from 17 to 46 percent.

Across five years, nine of the diesel vehicles showed less depreciation than comparable gas vehicles - five of those showed projected savings of 10 to 39 percent.

The report analyzed the Total Cost of Ownership (TCO) for clean diesel vehicles and comparing their TCO to their gas vehicle counterparts. The study developed three and five year cost estimates of depreciation by modeling used vehicle auction data and fuel costs by modeling government data. The study also combined these estimates with three and five year estimates for repairs, fees and taxes, insurance, and maintenance from an outside data source.

“The findings in this study will also be helpful to car buyers as they research their next vehicle purchase,” added Schaeffer. “This is an exciting time for diesel vehicles as the number of diesels is expected to more than double in the next two years. This will give drivers a broad selection of vehicles to fit their individual driving needs.”

General Motors seemed to have noticed and will release the Chevrolet Cruze Diesel later this summer. Thanks to Torque News teammate Aaron Turpen for the photograph of the new Cruze Diesel above, taken at the 2013 Rocky Mountain Driving Experience. (Image © 2013 by Aaron Turpen)