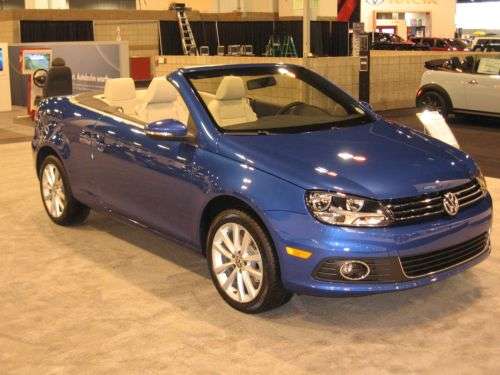 Summer is at its wondrous glory and nothing compares to a drive in the open air in a fine convertible automobile – at least for some. Right now several manufacturers have their hard or soft-top “decapotables” going for a discounted price, in some cases up to 11 percent. If you apply that to a BMW 3 series roadster, that can add up to nearly $5,000, but deals are also to be found on less expensive, higher mileage models.
Advertisement

"More manufacturers than ever before are offering vehicles with a convertible option for consumers to choose from," said Jesse Toprak, VP of Industry Trends and Insights for TrueCar.com. "The prices for convertibles can vary from $20K for a Fiat 500C to over $1 million for a Bugatti Veyron Convertible."

So before you rush out to get your Bugatti, consider the other savings to be found. For instance, the 2011 Mitsubishi Eclipse Spyder is discounted an average of 11.7 percent according to TrueCar.com’s report. That brings the average price paid on this 23-mpg ride down to $25,418.

The ever-popular 2011 Ford Mustang convertible is going at a usual discount of 10.2 percent, lowering the price to $31,878 on the pony with a combined mpg of 22.8. Even the highly prized 2011 Chevrolet Corvette convertible is discounted up to 9.9 percent bringing its sticker below $50K.

So get out of your beater and into the fresh air of the foothills or farmlands near you in a new convertible. A little sun will do you good.