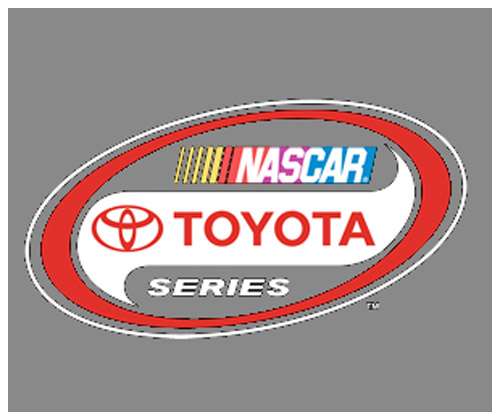 Though Mexico has a long history in motorsports, it was traditionally based in Gran Prix and open-wheel racing.
Advertisement

Next year, thanks to years of effort from George Silbermann, NASCAR vice president of regional and touring series, Mexican NASCAR racing will stage four races on this side of the Rio Grande.

The first will be held in Phoenix on March 1 as part of the NASCAR Toyota Series in conjunction with the Sprint Cup, Nationwide and K&N West Series. Silbermann stated in a Associated Press post by Jenna Fryer, that the race is part of the culmination of a vision of chairman Brian France to develop racing events appealing to Latinos in the US.

NASCAR staged four of its second-tier Nationwide Series to Mexico between 2005 and 2008.

"Mexico has a long and rich motorsports heritage but not necessarily in stock car racing," Silbermann told the AP today. "The whole Mexican motorsports culture has followed either open-wheel racing or sports car racing. Brian made it very clear that a strategic goal of his was to reach a growing fan base and connect with Mexican-American fans here in the states. It was a seed that was planted in 2005 and it has now grown into a tree."

In the five short years since then, it has ascended to the highest attended motorsports series in Mexico and next year will make its US debut at Phoenix International Raceway (PIR).

NASCAR and PIR officials will hold a news conference today in Phoenix. The scheduled Toyota NASCAR race will be 75 laps with a scheduled pit stop at 50 laps.

The series was begun in 2004, titled the Desafío Corona or the Challenge Crown. NASCAR sanctioned the series in 2007, when it was renamed the NASCAR Corona Series. It became the NASCAR Toyota Series this year, running 125 races in Mexico.

Bryan Sperber, president of PIR, stated he was delighted to host the first race in the series on US soil, based on the demographics of the racing fan base.

"I look at this as a real opportunity for sports to bring people together," Sperber said. "It's no secret in terms of NASCAR that we want to broaden our consumer base and reach the Latino market. NASCAR Mexico allows us to reach out potentially to new race fans but also give exposure to this series and its drivers."

One result of the Mexican NASCAR series has been the discovery of surprising new talent, such as points leader Daniel Suarez. Though only 20-years-old, he has relocated to Charlotte, NC, to test his metal within the NASCAR ranks.

He is one member of NASCAR's Next 9 — racers under 21 representing the coming wave of racing acumen. He's on the way to becoming the youngest champion in series history, and won his first race last May in Mexico City before a packed stadium.

Suarez admits running on the same track the same weekend as the premiere Sprint Cup Series allows Mexican drivers the opportunity to demonstrate their racing prowess to prospective sponsors and owners.

"People can see what is going on in Mexico," he added. "There are fans who know nothing at all about racing in Mexico. This series is the best in Mexico, the racing is the best. We have more fans, the best drivers, the best sponsors and the chance to race in America is a very big first step."

"This is an important race for making the connection on both sides of the border," Suarez continued. "From a business standpoint, a lot of the series sponsors and partners see the value of a race in the US, and everyone sees the value in building the sport among Spanish speaking audiences. We believe the race will shine a spotlight and be a pleasant eye-opener for fans when they see the high caliber of talent in that series."

The Toyota series in Phoenix will feature Mexican stock cars powered by big, souped up V8 engines. The race at PIR is part of a one-year agreement, in accordance with NASCAR guidelines. Silbermann stated, however, it's part of a long-term plan for NASCAR.

A band named War long ago sang. “The low-rider goes a little slower.” That’s not how Daniel Suarez will be driving in Phoenix next March. Maybe the band should work up a tune singing, “NASCAR hermanito drives a whole lot faster.”

Do you hear a hit single or what?

Tesla Contemplates A New Strategy for China Retail even As Sales Boom
Jay Leno on Elon Musk & EVs: “I Think He Should Get ... Credit"
END_OF_DOCUMENT_TOKEN_TO_BE_REPLACED