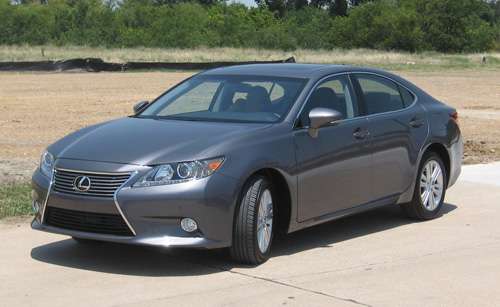 Even though auto sales in the US have still not returned to the peak levels set five years ago, globally the car industry is having a peak year, with sales in China, India and even Brazil bringing world totals to over 80 million – a new world record.
Advertisement

Based on third quarter totals, Toyota is poised to once again be the world’s top selling auto group, while GM and VW vie for second place.

According to a post by Jeff Green, Anna Mukai and Chris Reiter on BusinessWeek, The European economic downturn has been balanced out by increased sales in the U.S. and Japan, citing data supplied by LMC Automotive.

Toyota is rebounding from not only a besmirched reputation, numerous recalls, but also the 2011 tsunami to regain the top slot from GM. Thus far, with final totals for the first three quarters of 2012, less than one percent separates the totals of Volkswagen and General Motors.

The industry has benefited from the surge in the U.S. light-vehicle market, marking a third consecutive year of increasing gains. U.S. sales expect further growth next year, equaling the most consecutive annual increases since World War II.

However, does this silver lining hide within a cloud?

“Because the U.S. is so large, when we have a double-digit growth it’s going to propel the rest of the world,” Rebecca Lindland, an industry analyst with IHS Automotive, told Bloomberg. “The gains can mask a myriad of sins elsewhere, because many of the other economies aren’t exactly setting the world on fire.”

According to Lindland, Volkswagen plans to add 600,000 units to its production capacity next year, equaling the planned expansion of GM and Toyota combined. Volkswagen expects to do well in a projected automotive rebound in China next year and has brashly stated it will take the lead in global sales by 2018.

The three major auto groups are locked into an automotive wrestling match for the next six years and its anyone’s guess who will come out on top by then. Naturally, part of the problem is getting the world to agree on how to count the cars built by joint ventures, especially in China.

It would seem simplest to multiply the number of vehicles sold by Toyota and its Chinese partners, Hino and Daihatsu, for example, by the coefficient of the stake the brand holds in the joint ventures. Of course, that would be far too simple to satisfy everyone contending for the title of world sales leader.

Simply taking the automakers provided data, from January through September 2012, Toyota has sold 7.4 million vehicles globally, followed by GM with 6.95 million and VW at 6.9 million in worldwide sales.

All three have been reporting double digit increases over the past two months, at least for certain models, if not across the board.

Toyota has clearly recovered from its image problems and supply difficulties that resulted from the tsunami. Sales of Toyota, Lexus and Scion models are up by as much as 30 percent this year.

Volkswagen is building some of the best vehicles it has in years and is becoming more value competitive in the US, not to mention the global market. The Sign and Drive promotions seem to be working for them as well.

GM seems to have learned the needed lessons from the bailout and cannot be expected to sit still. Sales are strong for the new Sonic and Spark as well as the refreshed Malibu. They are on track for the best year since the reorganization with 9.37 million units for 2012 worldwide, a 2.5 percent overall increase from last year.

No auto manufacturer has ever crossed the 10-million unit mark so far in history. Toyota or Volkswagen will likely pass that milestone in the very near future.

LG's New EV Battery Plant Is a Welcome News for Tesla
Tesla Giga Berlin's New Hurdle: It's Not Only the Gov't, but Now Tesla Itself
END_OF_DOCUMENT_TOKEN_TO_BE_REPLACED