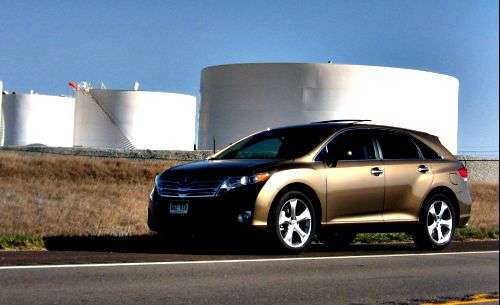 Toyota Motor Corporation (TMC) today held an event at its Toyota Biotechnology and Afforestation Laboratory in Aichi revealing a newly developed yeast that increases the production yield of cellulosic ethanol bio-fuel, new technologies for the greening of parking lots and walls, and a new “cool-spot creation methodology” for simulating and analyzing the effects of greening.
Advertisement

TMC, using gene recombination technology, has developed a new strain of yeast promising to play an important role in the fermentation process for producing cellulosic ethanol.

Fermentation of xylose, a sugar produced when plant fibers are broken down in the enzymatic saccharification process, is difficult to achieve with naturally occurring yeasts. TMC’s newly developed yeast not only efficiently ferments xylose but is also resistant to fermentation-inhibiting substances such as acetic acid. Consequently this newly developed strain of yeast achieves one of the highest ethanol fermentation density levels in the world at roughly 47 grams per liter and is expected to improve bio-fuel yields while significantly reducing production costs.

In their efforts to reduce CO2 emissions and respond to the need for energy diversity, TMC is working on renewable energy sources such as bio-fuels. They are focusing on cellulosic ethanol, produced from non-edible plants having significantly less impact on world food supplies.

Research is underway to develop comprehensive technologies for producing cellulosic ethanol, including raw material pretreatment, enzymatic saccharification and yeast fermentation. Aiming to achieve production-cost parity with other liquid fuels such as gasoline, TMC is striving to achieve a stable supply of raw-material plant fibers as well as methods reducing production costs.

This approach achieves temperature of 95°F on sunny summer days, 27°F cooler than asphalt surfaces which can reach 122°F.

TMC’s Toyota Biotechnology and Afforestation Laboratory is also developing "cool-spot creation technology" for simulating the effects of greening and predicting the cooling effects of shade and transpiration created by trees. In conjunction with Tokyo Institute of Technology, TMC developed a method of accurately measuring the amount of transpiration from trees and is building a model for predicting the surface temperature effect of trees. Through use of this model together with thermal environmental simulators, they hope to achieve a visual simulation of greening effects to determine the types, numbers, and placement of trees needed to achieve the desired cooling effect. This cool spot formation technology is aimed for commercialization by the end of 2012.

Eric wrote on October 5, 2011 - 8:23pm Permalink
Can someone translate this for those of us who didn't take 4 years of chemistry in college?