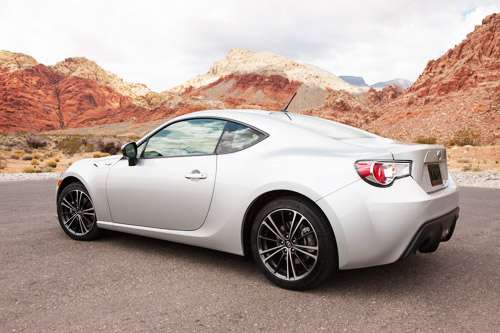 Toyota May sales at highest level since 2008

The all-new Camry and Camry Hybrid took the lead in passenger cars with combined monthly sales of 39,571 units, up 94.0 percent year-over-year. Corolla reported sales of 31,847 units, up 73.1 percent over May 2011. The Prius family scored sales of 21,477 units, a whopping 186.3 percent surge compared to the same period last year, as TMS recently announced passing the milestone of 4 million hybrids sold globally.

The Sienna minivan managed sales of 14,606 units, increasing 56.4 percent year-over-year. With an 87 percent boost in sales over last May, the Highlander and Highlander Hybrid midsize crossover moved 11,657 units. The 4Runner also posted a year-to-year increase with sales of 4,421 units, but only up 26.3 percent. The Tacoma mid-size pickup remained in the same neighborhood with 12,269 units sold, increasing 24.6 percent, but the full-size Tundra pickup increased 87.9 percent year-over-year with sales of 8,765 units.

"We're grateful to our customers who have made Toyota the number one retail brand in America for the third consecutive month," said Bob Carter, Toyota Division group vice president and general manager, Toyota Motor Sales, U.S.A. "Our growth has been driven by the success of our new products, led by Camry and Prius family, part of the most aggressive product launch in our history. With the much anticipated Scion FR-S on sale today and the continued recovery of the overall automotive market, we're confident our sales momentum will continue."

Now in showrooms, the 2013 Scion FR-S rear-wheel drive sports car is the fifth model to join the Scion family, serving as the brand’s halo car.

“The incredibly positive buzz surrounding the FR-S has generated an impressive list of hand-raisers and pre-sold orders,” said Scion vice president Jack Hollis. “Scion is thrilled that the FR-S is now available throughout its strong network of about 1,000 dealers. We can’t wait for performance driving enthusiasts to get into the FR-S because we know that they are going to love it!”

Scion posted May sales of 6,047 units, an 18.9 percent increase over May 2011. The tC sports coupe took the lead with sales of 2,190 units and the xB recorded May sales of 1,855 units, up 45.4 percent over the same period last year. The five-door xD subcompact posted an increase of 10.1 percent with sales of 1,019 units while the iQ premium minicar posted monthly sales of 897 units.

The Lexus Division reported 21,463 total units sold, also an increase of 61.0 percent over May 2011 on a DSR basis. Lexus Division sales were up 74.4 percent by volume compared to last year.

"With exciting new Lexus products reaching dealerships on a daily basis, inventories are at optimal levels, and we look forward to continued sales growth throughout the rest of the year," said Tim Morrison, Lexus Division vice president of sales and dealer development.

Lexus added to TMS success with passenger car sales of 9,621 units, up 56.3 percent over May 2011. The ES entry level sedan was the frontrunner in Lexus passenger car sales with 2,937 units, up 13 percent. The IS luxury sports sedan jumped by an increase of 43 percent over last May with sales of 2,656 units. The redesigned GS and GS Hybrid sports sedan posted combined sales of 1,996 units, up a breathtaking 502.1 percent over last year. The CT 200h premium hybrid compact posted sales of 1,549 units, also up a respectable 214.9 percent.

Despite relatively stable gas prices, hybrids continue to sell robustly as TMS posted May sales of 29,069 hybrid vehicles, up 199.2 percent compared to the same period last year. Toyota sold 26,440 hybrids for the month, up 218.4 percent over last year while Lexus sold 2,629 hybrids, an increase of 86.2 percent year-over-year.