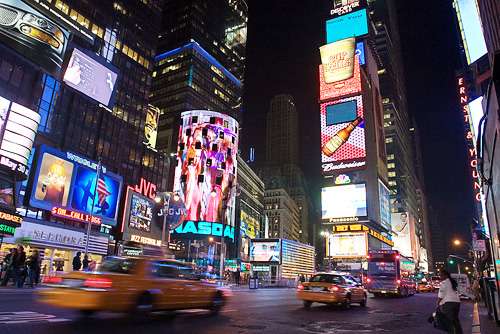 You have surely heard the unending clamor over DUIs, so we want to remind you of three aspects of New Year’s driving sometimes overlooked – the fact that thieves never take a holiday, the dangers of the holiday itself, and how cold weather affects both you and your car.
Advertisement

New Year’s Eve and New Year’s Day are outdone only by Halloween for the number of vehicle thefts happening over the holiday – totaling 2,286 vehicles over the 48-hour period in 2011, according to data compiled by the National Insurance Crime Bureau.

Excedrin headache number 86 is coming out of a wonderful New Year’s evening with your one true love, spouse to be or designated lifemate to find a empty space where your pilfered vehicle was a few hours earlier.

It is little if any better to come outside after sleeping off the night’s revelry somewhere, only to discover your automotive pride and joy has been filched.

Yes you know to always lock the car, never leave the keys behind, and do not leave the car running unlocked. You always do these things, but if your celebratory plans include any intoxicants, your decision-making ability may not be up to its highest level later in the evening.

Just one more reason why a taxi or other form of transportation may be best for anyone ringing in the New Year with liquid libations. You’ll enjoy the evening more with less to worry about anyway!

If you do drive, don’t park in dark places, don’t trust lot operators you are unfamiliar with, and check to see if your car will be safe should you wisely decide to leave it there overnight. An expensive tow bill is another bad way to start of the New Year.

Be very careful even if sober
Secondly, another reason to take alternative transportation or drive in a high state of alertness on New Year’s Eve or Day is the sobering statistic that it is the most dangerous day of the year for alcohol-related crashes, according to AAA.

Even though you are stone sober during this period is no guarantee that anyone else on the road is! Despite the efforts by law enforcement to modify human behavior, drinking dulls the senses, so even those that know they shouldn’t drive after drinking when sober, think they can drive just great once they’re drunk.

So besides not endangering yourself and others by driving under the influence, social responsibility suggests you should not only try to stay out of the path of intoxicated drivers, but also report such behavior by others.

Alcohol counselors will tell you many DUI cases involve people who have been getting away with it for years. They think not getting caught was luck. The adviser will say they were lucky to get caught before killing someone - another really bad way to start off any day, week, month or year.

Winter driving conditions
Thirdly, extreme cold can have debilitating effects on both you and your vehicle and as winter is in full swing throughout most of the country, it’s good idea to review these realities.

About a fourth of weather caused crashes occur on snowy, slushy or icy pavement. Such collisions result in over 1,300 deaths and 116,800 injuries every year, according to the Federal Highway Administration.

AccuWeather is forecasting above-normal snowfall in many parts of the country and AAA recommends brushing up on winter driving techniques.

Knowing when to Brake or Steer
In winter conditions steering or braking in a given situation can have very different outcomes, depending primarily on the maintenance of traction in slippery conditions. Whenever driving over 25 MPH, you have a better chance to avoid a collision by steering than by braking. In slick conditions, sudden braking can lead to loss of traction and thus control.

On modern multilane freeways, steering is not always an option, but braking on slick surfaces requires awareness down the road and a longer distance between you and the preceding car. You’ll need more room to stop on a slippery surface. Give yourself plenty of space and try to focus 20-30 seconds ahead, so you'll have time and space to stop safely if needed. Shady spots, bridges, overpasses and intersections are frequently icy so caution is always warranted.

Staying in Control through a Skid
If your car loses its grip on the road, remain calm and continue to look and steer in the intended direction. If you must, touch the brakes lightly, to avoid further upsetting the vehicle's balance, thereby making it harder to control.

Avoid Cruise Control and Tailgating
Normal following distances should be increased to eight to 10 seconds when driving in inclement weather. This will allow the extra braking distance needed should an emergency stop be needed. On multilane highways, stay in the clearest lane, try not to change lanes or drive over packed snow. Cruise control is ill advised when driving on any slippery surface. Avoiding its use will allow quicker response when you release the accelerator.

Drive Distraction Free
The potential a slick surface has to magnify the simplest mistake makes it imperative to drive calm, alert and distraction-free. Given a passenger, enlist their help to carry out other activities, and no matter what stay focused on the road.

Prepare Your Vehicle for Ice and Snow
You know the drill – antifreeze, wipers, washer fluid, belts, lights, tires, heater, defroster, spare tire and so on. It’s good to have hazard triangles, flashers or flares. Standard maintenance should be up to date as a well running vehicle is at its best when it comes to winter conditions.

Avoid Hypothermia and Frostbite
For people, crashes in frigid conditions can leave you exposed to both frostbite and hypothermia, according to DMV.us.org, who recommends simply not driving in severe conditions. People across the northern half of the US and Canada will simply chuckle at the suggestion – it would bring commerce to a screeching halt no one can afford.

Nevertheless, this is not to say frostbite and hypothermia are not conditions to be avoided. For those unaware, frostbite is the result of exposed skin freezing in the cold. This can occur quite rapidly – in just one minute at a wind chill of -25 Fahrenheit – affecting extremities first. A body part that has suffered frostbite before is more susceptible to it again, even in mild conditions.

Red, burning skin means frostbite will occur unless the part is warmed fast. If your fingers or toes go numb frostbite has already set in. To treat it, hold the frosty part tight to warm skin on another part of the body. Once thawed, keep it covered and away from the cold.

Hypothermia occurs when the body loses heat faster than it can produce, an effect of prolonged exposure to the cold. Symptoms include shivering, slow and slurred speech, memory lapses, incoherence, stumbling, drowsiness and exhaustion. To help wrap an affected person in blankets or a sleeping bag and administer warm liquids if available. Removing any damp clothing and get warm quickly to stay alert.

In this day and age of OnStar and Lexus Enform, such dangers seem remote, but in a whiteout blizzard it is possible to end up off the road and off the grid. In such a situation, you should stay warm, conserve your resources and try to create a signal someone will see. Commons sense goes a long way.