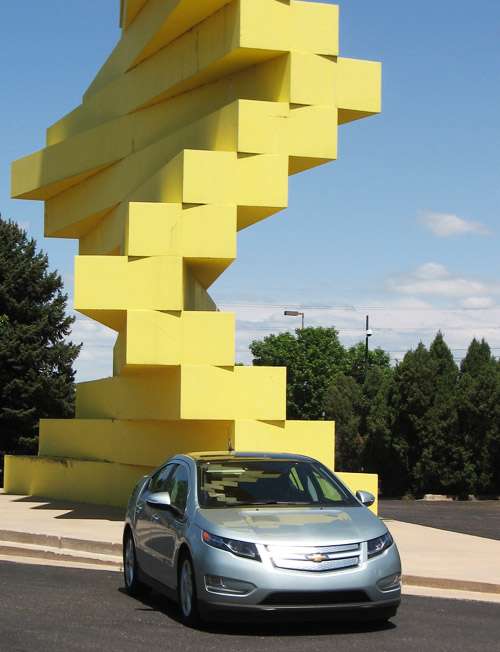 The fact gasoline prices have remained fairly steady over the last month has lead us to report something as surprising to us as it might be to you – the price of high mileage used cars is beginning to descend showing the concern about petrol prices is beginning to wane.
Advertisement

Of course, the only things more volatile than gasoline prices are usually sports records, military secrets and perhaps nitroglycerin in liquid form. The point is you might wait to see what the summer brings before laying out the big bucks for some gas-guzzling muscle car – just a caution, you understand.

The tip comes from the National Auto Dealers Association who expects the resale price of compact and midsize vehicles to drop 5 percent next month, as part of a trend continuing through the summer, according to Jonathan Banks, a senior analyst with the NADA Used Car Guide. Those same cars saw their prices rise from January through April, but the bloom may have finally fallen off the market.

“Nationwide, gas prices are now averaging $3.71 a gallon — down 3.5 percent from a year ago — and well below the $3.94 a gallon average in April,” pointed out David Shepardson of the Detroit News Washington Bureau in a post earlier today.

Pundits are expecting SUVs, pickups and minivans to comprise a bigger part of total auto sales in May as the reduction in gas prices returned truck aficionados to the showrooms. When prices sink below $4 a gallon, it also makes it harder to sell EVs and plug-in hybrids, who many brands are just now introducing.

"The trend of rising prices for used cars will reverse course in June because of declining gasoline prices combined with a normal seasonal slowdown in consumer demand for used cars," Banks said.

According to the June edition of the NADA Official Used Car Guide, used-car values are expected to decline about 2 percent, while used trucks will only fall about 1 percent.

Compact and midsize cars will likely devalue by an average of 2.4 percent, while many other used cars may see larger declines. The value of a 2009 Honda Civic Sedan 4D LX, which was up $1,200 this year, will decline in value by $600 during June.

Nevertheless, there are other forces combining to support used car prices. For example, slow sales over the past three years are returning fewer used vehicles to the market at present, along with the simple fact Americans are still hanging on to cars longer.

Shepardson cites Alec Gutierrez, senior market analyst at Kelley Blue Book, as stating that used car prices are roughly 15 to 17 percent higher than in 2009, staying close to historic highs set last year. Gutierrez doesn’t expect a drop in prices until next year and then it won’t be a "severe correction."

NADA estimates that the supply of used vehicles has declined by 14 percent since 2009.

Though data from the just passed Memorial Holiday weekend has not yet been released, the summer’s occasionally higher demand for fuel, not to mention current events in Syria and Yemen, could easily send oil prices into a renewed upward spiral.

As the great Bob Dylan put it so many years ago, “you don’t need a weatherman, to know which way the wind blows.”