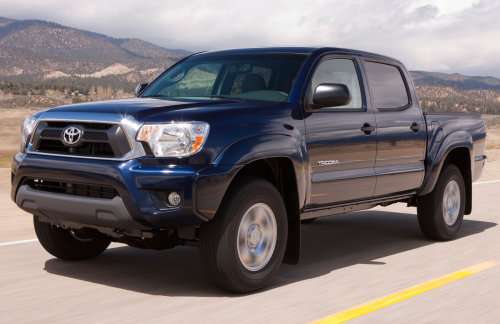 The riskiest trucks on the road today from 2011

The riskiest trucks on the road today have one thing in common and that is the lack of an Electronic Stability Control, which takes advantage of anti-lock brakes, throttle control and sensors to regulate power and braking whenever an unstable directional condition is perceived.
Advertisement

In general trucks, SUVs and some so-called crossovers are all bigger, heavier and at times more powerful than passenger cars. Their sheer size and curb weight can create a significant hazard to occupants, other vehicles, cyclists and pedestrians – often with devastating consequences.

Generally speaking, the cars and trucks of today are the safest ever built and though traffic fatalities are decreasing, the lopsided matchup between the largest trucks and the smallest commuter cars is still a problem.

We don’t even want to think about what happens when a Dodge Dakota rolls over a Smartfortwo, but it can’t be pretty. Rollovers are much more likely in a truck without ESC.

An article by Jason Fogelson in Forbes, quotes a May 2010 research study by Charles M. Farmer for the IIHS as stating, “Based on all fatal crashes in the United States during 10 years, ESC was found to have reduced fatal crash involvement risk by 33 percent — 20 percent for multiple-vehicle crashes and 49 percent for single-vehicle crashes. Effectiveness estimates were higher for SUVs than for cars — 35 percent for SUVs and 30 percent for cars, but this difference was not statistically significant.”

“ESC is one of the most effective technologies yet developed for preventing serious crashes,” he concluded

The simple fact is 100 percent of the cars and SUVs sold in the U.S. during 2011 were equipped with ESC, sometimes called Dynamic or Vehicle Stability Control. Pickups are not required by law to have this technology until the 2012 model year.

Still only a few come without ESC or make it an option. Those trucks are Nissan Frontier and Suzuki Equator on which the system is optional plus the Dodge Dakota for which ESC is simply unavailable.

According to an IIHS spokesman, of the 3000 pedestrian deaths in 2009 involving a single passenger vehicle (excluding large trucks, cargo vans and the like) 49 percent involved minivans, SUVs or pickups.

Not that the automakers have not been trying to make trucks and autos more compatible through industry wide collaboration. Trucks are becoming more impact-friendly to other vehicles through lower front and rear bumpers and crumple zones that help absorb impacts.

Other things the IIHS considers when rating vehicle safety are airbags, side-impact protection and roof strength, which is important in rollovers. These considerations are totaled into a rating of Good, Acceptable, Marginal or Poor.

There are some vehicles we look upon fondly among this list, but in this day and age is a Marginal rating on any of these safety criteria an acceptable situation?

Patrick Rall wrote on September 9, 2011 - 4:59pm Permalink
This is exactly why I drive a Dodge Ram and not a Smart car. So I dont have to worry about what happens when a truck hits a glorified golf cart.