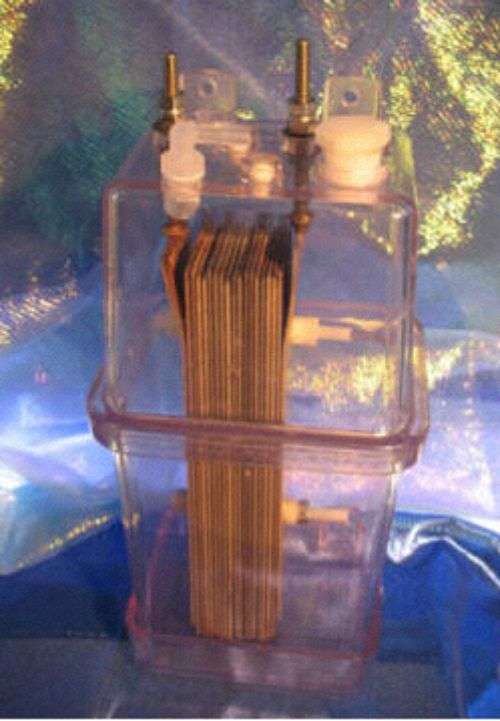 An Arizona company has developed the means to covert any combustion engine into a hydrogen hybrid – creating the clean burning gas as you drive and mixing into the fuel. This new technology can increase the efficiency of cars and trucks from 30 to 50 percent while lowering their greenhouse footprint and boosting power output.
Advertisement

"We're not replacing the fuel; we're just supplementing the fuel to make it highly efficient," stated Mary Meadows, CEO of H2 Pure Power, in the May 14 AZCentral.com posting by Luci Scott.

The company is located in the Innovations incubator in Chandler, AZ. And manufactures the Hercules Hydrogen System, a device the size of a car battery installed in the engine compartment or the trunk.

The system uses a proprietary electrolysis apparatus to evolve hydrogen from distilled water. It is mixed with the fuel and burned, reportedly increasing power, as well as efficiency.

Traditional hydrogen production via electrolysis is only about 50 percent efficient, but H2 Pure Power claims to have developed a more proficient system. They utilize a nano-coating plating process that changes the surface chemistry of the plates thus producing higher quantities of hydrogen than comparable HHO systems.

HHO is oxyhydrogen, sometimes referred to as Brown's Gas. The electrolysis plates are hardened to a diamond-like density that will last as long or longer than the vehicle. Consequently the system uses significantly thinner plates, allowing the use of many more plates, increasing the surface area 20 times over comparable hydrogen systems.

"It's a very sophisticated system," Meadows said. "A lot of systems out there don't work – they don't last."

The system overcomes the programming of computers in cars and pickups made since 1996 with a chip that tricks the car into allowing the hydrogen/fuel mixture.

The company recommends a mechanic install the system, but many have performed self-installations with the instructions the company provides. In either case, Meadows is available via phone 24/7 to assist in the process.

The Hercules hydrogen system retails for $3,500, but is currently offered at a discount for $2,500. It will work with any fuel: gasoline, diesel, propane or bio-diesel. It can even be switched out between separate vehicles, such as an RV a car or even a boat.

Meadows installed the system on her beloved 1977 Cadillac El Dorado. "That car went from 8 miles per gallon to 32," she said.

Other satisfied customers include company engineer, Gary Miller, who installed it on his pickup – a Western Power vehicle; an independent trucker; a 2007 Cadillac Escalade in Casa Grande; a Phoenix locksmith’s panel van; another van in Yuma plus a pickup in Golden, CO., used to pull a large trailer.

Meadows was an environmental medicine physician in Texas, who went looking for an Earth-friendly mission after retirement.

"I have been very concerned about pollution issues and this hydrogen system takes vehicles to near-zero emissions.

The technology is getting more attention now due to rising fuel costs and the federal government’s interest in encouraging alternative and sustainable energy.

"We're always making changes and modifications," she said. "We're taking on more engineers who can design a new system even though we have a good one."

Meadows has been invited to the Hydrogen+Fuel Cells 2011 conference this month in Vancouver and the Canadian government is sponsoring her attendence. This is a leading international symposium on hydrogen and the fuel-cell industry.

"The future is hydrogen, and the future is now," Meadows concluded.
To learn more about H2 Pure Power, click here.

senojjones wrote on May 18, 2011 - 8:42am Permalink
pure scam. These things have been on the market for years. Not a single independent study. Meadows is not a physician. You're paying 2,500 bucks for $50 worth of wire and plastic. If these things worked, the Israeli's would have them on their tanks, Fedex would have them on their delivery trucks and my local utility would put them on their generators. Save your money, slow down..
Bill wrote on May 30, 2011 - 8:47am Permalink
You would think...if it work and at that low cost, Everyone would have it (at least goverment, fleets, big corp, etc) and we would not even be debating it....I smell something funny - but it not pure hydrogen. Save your money - buy new set of tires, and tune up your car. Or better yet put that money down on a new hybird ....or electric car.
David B wrote on February 25, 2018 - 10:32pm Permalink
I've been interested in this in many years. I even done a few my own.