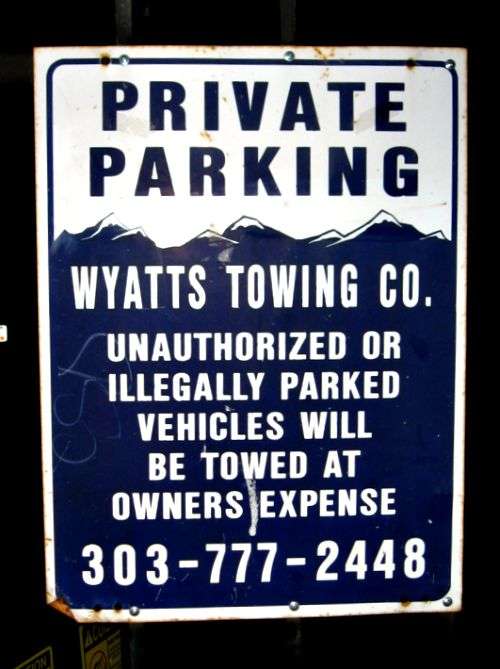 It’s that time of year when Haunted Houses spring up in the most unusual places. Many of us are drawn to these exercises in elevated anxiety or humor, as the case may be. The really scary part comes after you park at these attractions in strange parts of town and return to look for you car, only to find it missing after the person who took your money for parking said you had nothing to worry about.
Advertisement

That was just what attendees to Denver’s 13th Floor Haunted House discovered last Saturday when they were flagged into the parking area of the Forney Museum of Transportation, charged $5 and told to park in the back.

Jared and Jessica Bunger were among the victim of the scam according to a post by Kevin Torres on 9News.com, the website of the local NBC affilitate.

"They waved us in and said park anywhere towards the back. We even asked him if he was sure and if we're going to get towed. And he said 'I'm not really sure, ask my manager,'" Jessica Bunger is quoted as saying.

She asked the manager and he said 'absolutely not, don't worry.' So she paid the parking fee and went to the haunted house. "By the time we got back, less than an hour later, almost the entire lot was empty," said Jared.

The tow trucks were called by the owner of the museum, Christof Kheim, who has had trouble with his neighbor before – the proprietor of a marijuana dispensary, identified as Luis Morales.

"Around 9:30 p.m., I pulled around the building and to lock our front gate, only to discover cars being parked on our lot," Kheim said.

Officers who responded to the parking lot after Kheim complained told the Bungers they had questioned Morales too. Jessica said they tried calling him, but the number was disconnected

Kheim stated he spoke to Morales Saturday and asking him to get the cars out of his lot and return the money to the people.

"I asked him to stop parking people on our property, which he denied he was doing, and then I said you need to refund these folks their money and if you do that I won't have these vehicles towed," Kheim concluded.

The museum manager didn't want to tow the cars, but he felt he had no other choice. Before he did that, he called the cops on Morales. The police got Morales to refund money to the people present, but then he got in his car and left.

"A lot of people were really, really upset. It was a lot of money," Bunger said.

Though they would normally be charged $265 for the tow, the Bungers got it dropped to $165. As this is a civil matter, Denver Police can't investigate it further.

Reportedly the manager at the 13th Floor Haunted House has had issues with parking lots trying to gouge visitors recently.

So a word of advice: if attending a seasonal or traveling event, make sure you know where designated parking for the event is and what it costs. If you find a cheaper place, make sure it’s legal parking. Nobody needs and unwarranted tow bill!

Keith Griffin wrote on October 17, 2011 - 11:18pm Permalink
What a great article. I would have never thought this was possible but it makes sense.