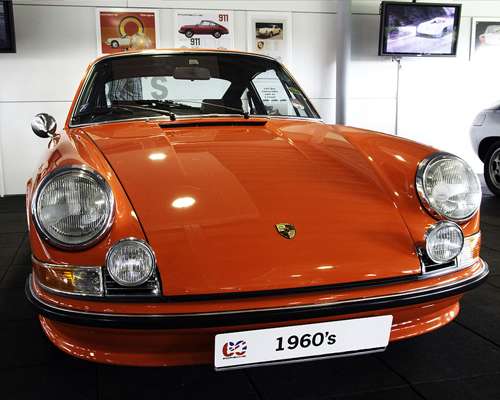 Porsche has collected a lot of racing trophies over the years, but the records the brand is setting now are much more impressive – Porsche’s global sales are up 18 percent for the first six months of 2013.
Advertisement

“We’ve had a good first half to the year and go into the second six months highly motivated,” said Bernhard Maier, Member of the Executive Board Sales and Marketing of Dr. Ing. h.c. F. Porsche AG. “Our attractive range of models is proving a hit with customers all over the world. Even before the new Panamera models are launched at the end of July, we already have a large number of orders. Our model strategy is, in particular, borne out by the demand for the first plug-in hybrid in the luxury segment.”

Interestingly, Porsche sells more vehicles in Asia and the US than it does in Germany, though European sales slightly outweigh sales in the Americas.

Porsche sales during the first six months of 2013, got a boost in all sales regions, including 30,400 new cars delivered in the Asia Pacific, Africa and Middle East region – a whopping increase of 25.2% over the first two quarters of 2012.

Some of the groundswell comes from the 50 Years of Porsche 911 anniversary and the unmistakable sports car has provided a significant increase in worldwide sales. The Porsche 911 sold 15,834 units globally during the first six months of 2013

New Boxsters and sleek Caymans added another 12,886 units, showing an almost threefold increase for the mid-engine models compared to the first half of 2012.

However the versatile Cayenne took the sales cup with 42,354 vehicles sold across six months, representing an increase of 22 percent.

Porsche has garnered some 30,000 motorsport trophies during it’s proud and extensive racing heritage to date, and will doubtless continue to win more.

Nevertheless, it is this kind of record the stockholders like to see – it makes their hearts race just like the brand’s vehicles do.