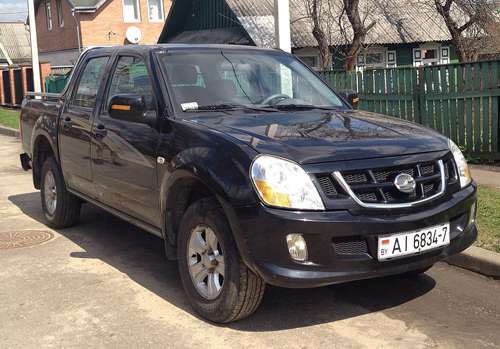 No one knows how Chinese automakers will impact Detroit

When Shanghai Automotive Industries Corporation set up offices in a suburb of Detroit last year, it was done without fanfare, in an industry largely built upon hype and hoopla.
Advertisement

As other Chinese automakers have followed suit, moving to the Detroit area to try to break into the supplier lines of the Big Three, they also have kept a low profile.

It seems the Chinese know how to build cars, but they don’t yet know how to design and develop new models for the American or global market, according to a post by Bill Vlasic on theglobeandmail.com.

Apparently the Chinese Automakers are mindful of the teachings of Tao and Sun Tzu and have no wish to arouse the nationalism that greeted the arrival of Japanese vehicles in the Sixties.

Currently some 50,000 Chinese automotive professionals, including numerous engineers, have taken up residence in the Michigan metropolis.

Though they have not started to build cars here as yet and that could well be many years away, they are having a noticeable impact on Detroit, specifically in its social and charitable institutions, if not the overall economy of the city.

The Detroit Chinese Business Association has over 100 members today and most are involved with the auto industry in some way.

They are heavily involved with civic activities as well, sponsoring soccer games, basketball tournaments and musical entertainment during Detroit Tigers games. One group even fields a soup kitchen to feed the homeless once a year at a local shelter.

We personally know an importer of Chinese entertainment electronics who buys products from China in bulk so cheap, the business started selling out of car trunks, promoting the vague impression buyers were getting some kind of five-finger discount, when the whole thing was completely on the up and up.

Now this clever entrepreneur is opening a warehouse sized stereo shop with home theater systems, audio bars and complete home control and monitoring systems, from the profits of selling such items so cheaply people actually thought they were hot.

Obviously, it is easier to get into the supply business without the staggering outlays it takes to start an automotive franchise in this country. Just ask Elon Musk of Tesla how much effort and funding is required to accomplish something like that.

Meanwhile the Chinese engineers are learning what they did not previously know and putting some of the industry professionals to work that were put out to pasture by US automakers during the economic downturn.

Brilliance Auto, with facilities in Shenyang employing 500,000 workers, is trying to wrest a supply line position from the current producers of common parts located in Mexico.

“We have been exporting our parts to North America for 15 years for the aftermarket,” Vlasic quoted Dongbin Chen, a Brilliance executive, as stating in reference to automotive replacement parts. “Now our biggest opportunity is with GM and the other big companies.”

The firm made a breakthrough last year, contracting to supply reduced weight engine mounts for the next model of the Cadillac ATS. They hope to soon supply GM and other manufacturers seat belts, steering wheels and shock absorbers from their highly capable Chinese fabrication facilities.

Further evidence of China’s incremental progression into the automotive industry comes from the purchase by the Wanxiang Group of the lion’s share of assets and facilities from A123 Batteries. Remember the battery maker that went bankrupt after sucking up $132 million in taxpayer dollars?

Wanxiang has been quietly buying up auto parts and solar concerns for years, and no one noticed until they scooped up the lithium battery firm.

One thing they are learning is the principles of capitalism, as one executive of the firm remarked it is all about making money.

Wanxiang is wise enough to retain the managers of the concerns accumulated and reportedly is doing all within their power to behave as any American company would.

At present, China exports only a minute percentage of the cars they build and most of those go to Africa and the Middle East. Nevertheless the day is coming when Chinese automakers will enter the global auto market in earnest.

The US automakers should be bracing for the competition or they will end up studying the next famous book by a wise and perceptive Asian. It will be titled, The Art of Commerce.