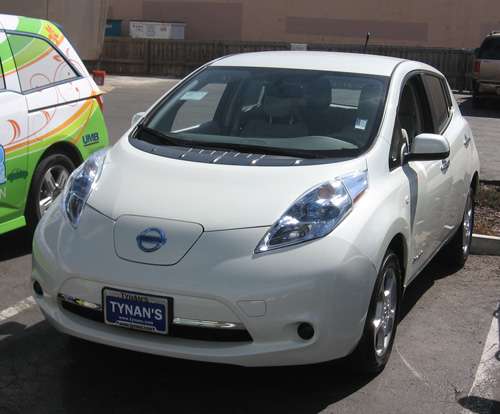 New technology may take EV charging down to minutes

Potential Difference, Inc. thinks it shouldn’t take much more time to charge an electric car than it does to charge your smartphone or laptop and they have an have exclusive license from Georgia Institute of Technology and Harvard graduate Elliott Small to seek funding to prove it.
Advertisement

You already know you can fully charge your phone or digital device in 15 minutes from a very low power state and it uses the same lithium ion batteries as most electric vehicles.

The only difference is the size and capacity of the battery packs needed for small handheld devices as opposed to the self-mobile ones.

Potential Difference has proven they can rapidly charge lithium ion batteries right off the shelf without overheating and see no reason the same thing can’t be accomplished with EVs and Boeing 787 Dreamliners.

Those who understand EV technology to some extent understand the battery charger is contained within the car and the cord you plug into the car is only the power source and not the charger itself. Chargers have set flow levels just like different diameters of pipe.

The point is the amount of power coming into the charger can’t make it work any faster – that’s why on longer range Tesla S models, the brand offers the option of a second charging unit onboard, halving the charging time.

Nevertheless, Small and his colleagues at GIT believe they have come up with a superior charging methodology that can cut EV charging time to 10 to16 minutes once the cars have the new tech.

Rapid charging stations require the vehicle to have a second input or charger to accept the higher energy input. Their efforts could make all EVs quick chargeable with a standard in-car unit and a then universal charging station.

Remarkably, the technology does not require the development of new batteries. The firm has succeeded in charging ordinary batteries well within maximum recommended charging temperatures to 70 percent in 10 minutes, 80 percent in 12 minutes and to full charge in 16 minutes.

Despite the difference in scale of the battery packs in electric vehicles, the firm believes the same process will work for them as well, with further development.

At present, the fast battery charging market is focused on cell phones and laptop computers. By focusing on both that market plus fast electric vehicle battery charging, Potential Difference could grow rapidly to provide a major impact on the environment.

Ignoring the naysayers, the EV market will continue to grow and the potential profit of such a proprietary system would be staggering.

Consequently, the team has set up a fundraising appeal on Indiegogo to raise funds to further their research and development. The Indie site is better suited to developing funding for personal consumer electronics than electric vehicle charging technology, but the firm is not the usual Indie supplicant.

First, Potential Development is one of only 30 companies nationwide chosen by the Department of Energy’s National Renewal Energy Laboratory to present during the annual Industry Growth Forum in 2011.

Secondly, the firm was the first one of 10 companies handpicked for Commercialization Assistance in 2011 by the Illinois Smart Grid Regional Innovation Cluster, in collaboration with the US DOE, Illinois Science & Technology Coalition and Clean Energy Trust.

So if you’re an investor that believes electric cars are the future of transportation, you can help that future to become a reality by checking into Elliott Small's vision. His name may be Small, but he's obviously thinking BIG!

The world can be changed by individuals, if their actions are multiplied by the masses. It would seem that is what Potential Difference, Inc. intends to implement.

To invoke a very old and famous quote: “Let it be written, let it be done.”

Nicolas Zart wrote on February 7, 2013 - 2:44pm Permalink
Excellent news Don and nice to see them pushing through. As I mentioned earlier this year, don't look for exotic chemistry breakthrough but more efficient ways to manage energy. This says it all.
Aquarama wrote on February 7, 2013 - 2:54pm Permalink
I don't understand this. Can you rewrite it? : "Their efforts could make all EVs quick chargeable with a standard in-car unit and a then universal charging station." Two charging operations in sequence??
Don Bain wrote on February 7, 2013 - 6:41pm Permalink
The methodology would impact the chargers in the cars themselves and then the power stations you plug into. Kind of like switching from analog to digital charging. It's not just a software update. Hope that helps.

Elon Makes a Cybertruck Statement With an Action, But Quiet in Words
Tesla's Record Month in China: Doubled Registrations in March 2021
END_OF_DOCUMENT_TOKEN_TO_BE_REPLACED