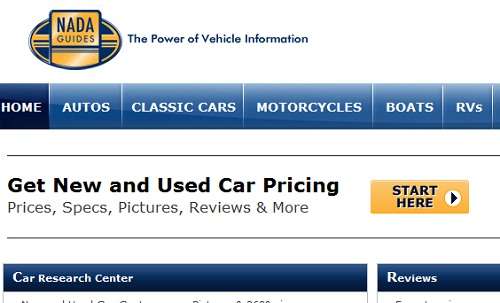 NADA's Top high-mpg models: one in each genre

The National Auto Dealers Association (NADA) has issued their Best Car Buys for 2011, providing the automotive buyer with an analysis of current model year vehicles of various types in terms of relative value, efficiency and return on investment.
Advertisement

"NADAguides understands better than anyone that car shoppers are inundated with an overwhelming amount of vehicle data and information,” said Troy Snyder, Director of Product Development at NADAguides. “Our goal at NADAguides is to provide a means for consumers to streamline the research process by doing some of the legwork for them – the NADAguides Best Car Buys does just that. Our analysts have developed this helpful guideline of criteria, cross-referencing information across 2011 models, which automatically calculate vehicles that qualify as best buys out there. It won't get any easier for consumers today!”

Honda stood out in the 2011 NADAguides Best Car Buys Report with five models, while Kia, Toyota and Chevrolet each had three models across multiple categories. Additionally, Kia and Toyota are the only manufacturers to have top vehicles in more than one category. Mitsubishi is a newcomer to the report this year with the 2011 Outlander Sport taking the sports segment.

Best Coupe – 2011 Honda CR-Z Three Door Manual: Getting up to 34 mpg combined, the 2011 Honda CR-Z is a sporty coupe combining fuel efficiency with value, safety and a low depreciation rate (28 percent in first year). However, it only gets three stars in NHTSA testing.

Best Sedan – The 2011 Chevrolet Cruze Four Door Sedan ECO with 1XF get the honors with a combined 34 mpg and a highly competitive base price of just over $18,000. It does lose 35 percent of its value in the first year but gets five stars for safety.

Best Wagon goes to the 2011 Ford Fiesta Four Door Hatchback SE that gets up to 40 mpg combined. With a starting price of just over $15,000 and a Five Star safety rating, the Fiesta is a NADAguides Best Buy. The Fiesta only loses 28 percent of its value during year one.

Best Hybrid is a slamdunk for the 2011 Toyota Prius Five Door HB I. Its best in class fuel economy of up to 50 MPG combined plus a Five Star NHTSA safety rating, great starting price and low depreciation make the 2011 Toyota Prius a NADAguides Best Buy. Even the popular and highly in demand Prius loses 31 percent value the first year, but those trading in used models right now are getting great return value.

Best Luxury goes easily to the 2011 BMW 5 Series Four Door Sedan 528i with its Five Star safety rating, impressive 27 mpg combined, not to mention a four year, 50,000 mile warranty, low depreciation (32 percent) and all for a starting price of just over $45,000.

Best Truck belongs to the 2011 Toyota Tacoma Two Wheel Drive Reg I4 MT offering not only the lowest price point, $16,365, but also the lowest depreciation rate (26 percent) and the highest fuel efficiency, 23 mpg combined, making it a NADAguides Best Buy.

Notably the 2011 Subaru Outback 4 door H4 and the 2011 GMC Terrain FWD had the lowest depreciation at 19 and 17 percent respectively.

charlesweber01 wrote on May 12, 2011 - 6:38am Permalink
My dad told me about "Auto Insurance Clearance" or something which helped him to find a lower priced Auto insurance (with ALMOST similar coverage) he is recommending this to me. What do you think of them? BTW you can find more about them online.