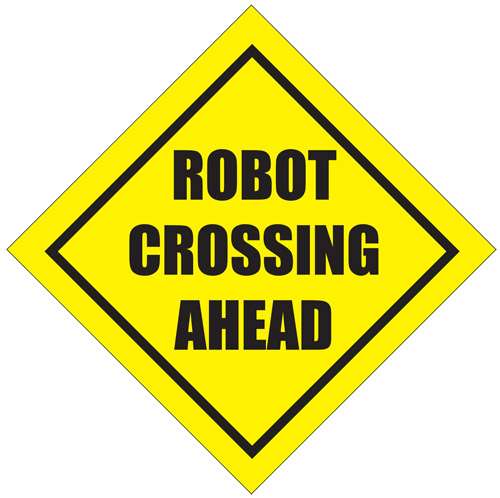 Autonomous, self-driving or robotic cars are rapidly heading towards us in the fast lane, possibly arriving long before anyone thought possible.
Advertisement

This is largely because the technology an autonomous car needs to find its own way through traffic and the transportation system is already in use in today’s cars.

It was just a few years back when Lexus introduced a self-parking system on their flagship sedan and now numerous other vehicles feature some form of parking assistance.

When Nevada passed legislation regulating autonomous vehicles on the road, it was defined as: “a motor vehicle that uses artificial intelligence, sensors and global positioning system coordinates to drive itself without the active intervention of a human operator.”

The aforementioned technology systems come very close to fulfilling this definition. Combine them all into a single car with a slightly enhanced computer networking ability, hook it into ambient traffic control and you pretty much have an autonomous car.

According to a post by Alisa Priddle of the Detroit Free Press on USA Today, Continental Auto Group is testing a robotic car planned to be the first to pass Nevada’s new regulations defining them.

The German tech company, based in Auburn Hills MI, took a VW Passat, removed brake and steering controls and replaced them with sensors allowing the car to perceive and navigate on its own.

The company is verifying the cars capabilities and safety over a 10,000-mile exercise of its self-driving prowess. The final miles to reach that goal should be completed very soon.

The autonomous Prius cars, tested by Google recently, featured highly sophisticated and somewhat expensive systems to allow the cars to self navigate. Continental hopes to accomplish the same thing on a more cost-effective basis making the technology achievable on a much quicker timetable.

Ultimately the goals of autonomous cars are many and worthwhile. Humans comply with laws regarding driving speed, right of way, intoxication and distractions like texting only to a statistical degree. Computers do what they’re told – usually.

Autonomous cars would allow the young, old or disabled to get around freely. They could free busy parents from chauffeur duty by dropping kids off and returning home. They could compensate for parking density and save time by providing your own robotic valet – parking themselves and returning on cue.

Later this year the National Highway Traffic Safety Administration will begin investigative trials of autonomous cars. They will utilize 3,000 vehicles equipped to communicate among themselves, thus preventing accidents.

Though the incidence of accidents is going down, traffic fatalities are still a significant threat to those 5 to 34 years of age in the U.S.

Priddle reported Alan Taub, GM vice president of research and development, stated last October GM’s intention to have semi-autonomous cars on the road by 2015 and fully autonomous ones by 2020.

In fact, the new Cadillac XTS, to hit showrooms this May, comes with 360-degree awareness using sensors, cameras and radar to monitor its environs in the effort to avoid accidents.

The autonomous Passat Continental is testing monitors the ground ahead for speed bumps or potholes with cameras, while long-range radar keeps an eye on the road up ahead. Front mounted sensors find driving cues like intermittent or solid white or yellow lines, curbs, etc.

Like the cruise control in your car, the autonomic system can be flipped on or off.

"We still have a long way to go, but the technology is amazing," said Christian Schumacher, director of engineering systems and technology for Continental in North America, according to USA Today.

While the scientists watch and record the car’s performance, the car keeps an eye on them too, and will threaten to release control if they don’t pay proper attention.

There is little chance all this will not come to be in time, but that time may be far closer than ever imagined before. Certainly there are times when driving is a sheer joy and I will be the first to attest to that. However, there are times for even the greatest automotive enthusiast when driving is simply drudgery or one of life’s unexciting maintenance functions.

Ultimately the advantages of the autonomous car will far outweigh the downside.