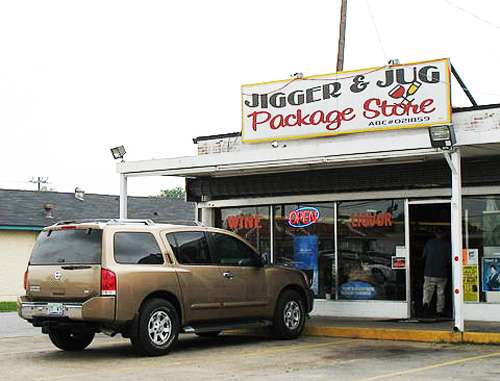 An immobile toast to Prohibition's repeal

December 4, 1933 marked the end of a 13-year experiment in human behavioral modification known as Prohibition, with its high-minded intention to build a more moral and sober nation resulting in disastrous effects on a nation and its future.
Advertisement

Seventy-nine years ago yesterday, was the first time you could legally hoist a drink for over a decade.

However, the government simply cannot legislate morality or sobriety and roughly one third of the population continued to imbibe in speakeasies around the country, supplied by brazen rumrunners and bathtub gin distillers.

Chicago became the capital of organized crime’s involvement in illegal liquor production and distribution, making the likes of Al Capone, Bugs Moran and, on the flipside, Eliot Ness and his Untouchables household names.

Images of 1928 Pontiacs and other cars of the era were imprinted on the national consciousness – with machine guns blazing and a cacophony of police sirens in pursuit.

The Appalachian tradition of distilling homemade sour mash whiskey, commonly referred to as white lightning, moonshine, mountain dew or hooch, became a Federal crime, spawning the birth of Ridge Runners and other opponents of Prohibition in the mountains of Kentucky and Tennessee.

Actually, their opposition was aimed at Federal regulation and taxation of something that had been commonplace for generations.

These colorful outlaws would drive dirt roads in hotrods with maximized engines and suspensions to outrun and outfox the authorities on the back roads of the Appalachian Hill Country.

They would feature special tanks, built so that illegal moonshine could be dumped quickly on the dirt roads if caught. Remarkably this battle between moonshiners and revenuers continued for years after the repeal of the 18th Amendment.

A teacher in junior high had worked for the ATF during the Eisenhower years at a desk where the analyses of moonshine samples were filed.

“I never saw an analysis that wasn’t stamped, ‘Unfit for Human Consumption,” she said.

A tiny sip of this stuff would make you think you'd drank rocket fuel.

The prohibition of the commercial production or import of alcohol also had the effect of making the Mafia a mainstream and permanent part of the American economy, now thoroughly camouflaged within legitimate businesses – though still up to their old tricks right under the noses of law enforcement.

So with the holidays upon us, this is our gentle reminder that though it has now been legal to drink in this country for 79 years, it is still not legal to drive intoxicated.

The Jigger and Jug in Greenville MS, pictured above, was the first liquor store to reopen after the repeal of a State Prohibition in 1966.

Notably, there are over 12,000 beer, wine and distilled alcoholic beverage wholesalers across the US. A full third of highway accidents involve drinking, with 34,000 fatalities every year.

That combination is why this is National Drunk and Drugged Driving Prevention Month.

With the holiday season under way, there are lots of parties plus more driving than usual, along with night arriving early and the possibility of bad weather.

When you start to party, remember to designate a driver, take a cab or public transit and if anyone in your town offers a tipsy taxi, be sure to have the number on hand.

Torque News raises a toast to the repeal of Prohibition, but does so far away from the wheel. We want you and yours to be around to celebrate the New Year and just like the Mayans, turn the page on a new calendar and a bright new age of responsibility.