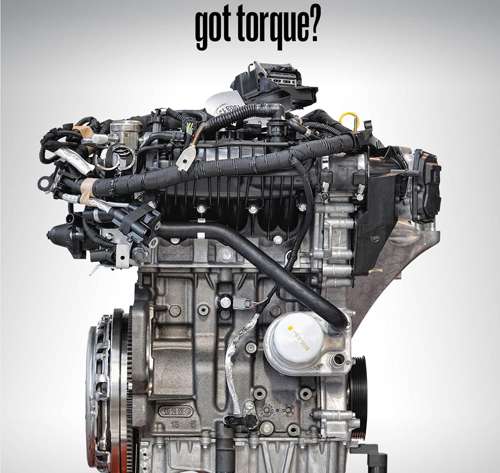 Ford's 1.0-liter EcoBoost repeats as International Engine of the Year

Ford has done something not easily done in designing an engine so technologically advanced no brand has outdone this accomplishment over the ensuing year, leading to the three-cylinder, 1.0-liter EcoBoost engine being named International Engine of the Year for the second consecutive time.
Advertisement

Combining direct fuel injection, turbocharging and variable valve timing, the 1.0-litre EcoBoost succeeds in lowering fuel consumption while simultaneously not sacrificing power. It consequently received the highest score ever in the history of the awards.

“With a technology as mature as the internal combustion engine, it’s very rare to achieve a true breakthrough, but that is exactly what the team accomplished with this engine,” said Joe Bakaj, Ford vice president, Global Powertrain. “You have to drive it to believe a small three-cylinder engine can deliver such performance and fuel economy.”

It is just another in the long line of awards the engine has won. In a post dated January 27 this year, TN contributor Denis Flierl wrote:
“Ford last year confirmed that the 1.0-liter EcoBoost will make its North American debut in the new 2014 Ford Fiesta. The Fiesta is the most popular car in Europe and comes equipped with the small and mighty engine.”

Flierl cites five awards the engine won before this most recent accolade. The EcoBoost engine is proving so popular, Ford intends to double production at its Cologne, Germany Engine Plant and will fabricate over 1,000 engines daily by mid-August to keep up with the demand in Europe.

The International Engine of the Year is picked by 87 automotive journalists from 35 countries around the globe based on drivability, performance, economy, refinement and the application of advanced technology.

Ford is one of only three automakers to record consecutive victories in the 15-year history of the awards.

Among its other outstanding accolades, the Ford 1.0-litre EcoBoost has also won the International Paul Pietsch Award 2013 for technological innovation at Germany’s Auto Motor und Sport magazine’s Best Cars Awards and the Dewar Trophy from the Royal Automobile Club in Great Britain, plus a Breakthrough Award from Popular Mechanics magazine in the U.S.

“Who'd have believed it? A 1.0-litre engine that has it all, powerful, fuel efficient, clean and lightweight,” said Peter Lyon, U.K. juror and freelance journalist. “This is a masterpiece.”

Designed at Ford’s research and development centers in Aachen and Merkenich, Germany, and Dunton, UK, the three-cylinder engine is built in Cologne and Craiova, Romania.

The engine is growing in global popularity like the newest world pop band as it spread to markets in India and China, soon to begin a long starring role in the 2014 Fiesta in North America.

What is perhaps most amazing is this little powerhouse is small enough you could put it in a carry-on bag that would fit in the overhead bins on an airplane.

We can’t imagine what the TSA would say upon scoping a Ford EcoBoost in your bag, but that’s not at all our point. What we mean is simply something many have known for a very long time – good things may sometimes come in small packages!