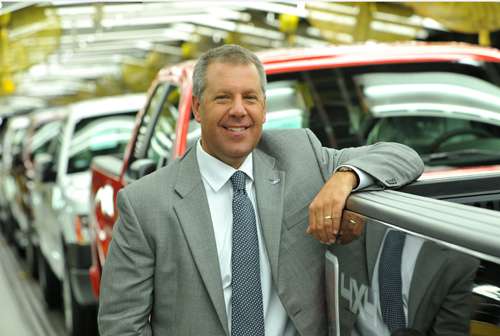 In the global marketplace of today, American companies don't always make the most American cars, but this year Ford edged out Toyota in the Most American-Made Index.
Advertisement

In 2012, the annual index of parts sourcing and assembly by Cars.com showed the best-selling Toyota Camry to be the most American-made vehicle on US roads, but this year the best selling pickup in America for decades has take the title.

It marks the first time in four years one of the Big Three has topped the index. The listing is arrived at by a formula incorporating values derived from percentage of domestically produced parts, point of assembly and sales performance.

“Strong sales and 75 percent domestic-parts content propelled Ford’s popular F-150 to the top of the index for 2013, a rank it held from 2006 to 2008,” said Patrick Olsen, Cars.com’s Editor-in-Chief. “Ford’s top ranking this year is a good indicator of how pickup trucks are dominating auto sales so far in 2013, and how the domestic automakers are bouncing back. While the assembly point and domestic parts content of the F-150 didn’t change from 2012-2013, vehicle sales are responsible for bumping the F-150 to the top spot.”

Obviously the emphasis placed on sales adds a component of American acceptance to the more relevant data of parts and assembly – enough Americans liking to drive them can make the vehicle more American.

Though Toyota dropped out of first on the index this year, the brand has four models in the Top 10 Most American-Made index, namely the Camry (2), Sienna (5), Tundra (7) and Avalon (10).

General Motors comes next with three consisting of the Chevrolet Traverse (6), GMC Acadia (8) and Buick Enclave (9).

The Dodge Avenger was in third followed by the Honda Odyssey at fourth.

“Buying American isn’t necessarily the key decision maker for every car shopper; however a study we conducted in 2012 indicated that 25 percent of shoppers surveyed preferred to buy American,” said Olsen. “The American-Made Index is meant to help car shoppers understand that ‘American-Made’ extends beyond just the Detroit three.”

All the cars on this list are built or assembled at US plants, so when you buy them you are helping to pay the wages of American workers, no matter whose nameplate is on the body. This is recycling at its best enabled by refocusing economic power to the greater benefit of the whole country.

We'd get up on the Credit Union soapbox too, but then this IS an auto news site.