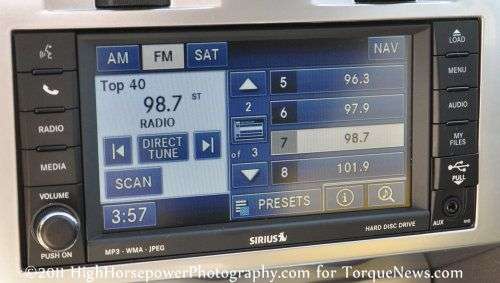 A lot of public service spots are aimed at getting drunk drivers off the streets for valid reasons. Yet, authorities will state drunk driving is just one form of distracted driving and some of the others can be just as dangerous to the driver and others. A recent study suggests the worst of us are distracted two thirds of the time we spend behind the wheel.
Advertisement

The report details their findings among video recorded commercial drivers – the frightening thing is, as these folks make their living by driving, the general public may be even worse.

Among significant findings, the 2010 SDDI report shows the top 5 percent of drivers most distracted were clearly not paying attention to their driving 67 percent of the time when a risky driving maneuver was observed. That's nearly six times as often than other drivers.

The study gives fleet safety managers an ongoing assessment of causes and trends in distracted driving behaviors to help them put safer drivers on the road. The data was compiled via in-vehicle recorders that captured video, audio and vehicle data during sudden stops, swerves, collisions and other risky driving maneuvers.

Over 13.8 million video events were evaluated during the calendar year, involving 34,466 commercial drivers. Through in-depth analysis, SmartDrive is able to quantify distractions such as cell phone usage, text messaging, use of maps or navigation, doing paperwork and other actions. The percentages reflect how often a distraction was observed at the time of a risky driving maneuver.

Distraction was generally a factor in only 9.7 percent of dangerous automotive maneuvers and tended to fall in to nine distinct categories.

The most common indiscretion was simply having something in one hand, limiting response time in a crisis situation, 44.5 percent of the time.
Talking on a hand held phone was the second most frequent transgression, a factor in 13.4 percent of inattentive driving.

Soft drinks and food were the culprit in 12.1 and 10.7 percent of cases, respectively.

The pleasurable if self-destructive act of smoking figured into 9.9 percent of incidents.

The remainder of the nine most common distractions totaled 15.9 percent and included fiddling with gadgets, communicating via hands free phone, checking maps or navigation and lastly, personal grooming.

Two behaviors were the most risky and common among a small percentage the drivers studied, namely using a handheld mobile phone and operating a handheld device. In both cases a mere 5 percent were responsible for the majority of such events – 57% of all mobile phone incidents captured and 52% of all operating-handheld-device incidents.

"Throughout 2010 we continued to see a strong connection between these driving distractions and fundamental driving errors that can lead to collisions. Early identification of this 5% group is extremely important, because the sooner they know who they are, the sooner fleets begin training to change risky-driving behaviors in this higher-risk group," Palmer said.

The bottom line is if you’re the kind of person that likes to talk on the phone, text, smoke, drink, eat and check your appearance while driving, please pull off the road and call a cab. Then the rest of us can attend to what we’re really trying to do – drive and arrive alive!