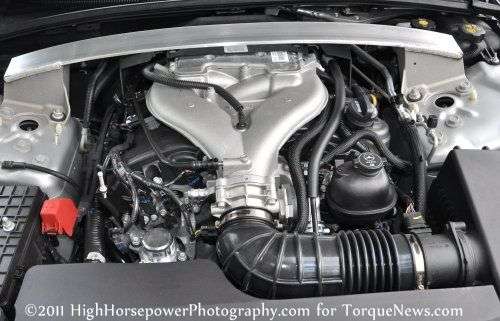 The proposed legislation in Massachusetts that would force auto manufacturers to provide computer codes to third party repair shops and mechanics is heating up. Manufacturers understandably are unwilling to hand over data they consider proprietary, but the opposition says non-compliance gives OEMs a virtual monopoly over certain repairs, bypassing the traditional competition of the American marketplace.
Advertisement

The battle has extended itself to TV, print and email campaigns, not to mention intense legislative lobbying campaigns, pursuant to today’s scheduled hearing on the bill in the Massachusetts Legislature.

State Rep. George Ross, R-Attleboro, said he's been showered with emails from constituents and companies representing various viewpoints, in a post by Rick Foster on The Sun Chronicle Online this afternoon. State Rep. Jay Barrows, R-Mansfield, also claimed a visit from representatives of Toyota – the manufacturer operates a warehouse in the state.

In some cases auto repair shops and technicians find themselves on opposite sides of the issue. One hundred repair shops and business owners ran a full page ad in the Boston Globe yesterday opposing the proposed law. Cindy Karol of Attleboro's Pleasant Auto Center, one of the signing parties, believes the proposed law is a "wolf in sheep's clothing" – that it would help aftermarket parts suppliers and warehousing operations far more than independent repair shops.

Meanwhile at the nearby New England Tire shop, Stan Morin, a longstanding advocate of the legislation, feels the proposal would force manufacturers to release information shops need to repair vehicles.

"A lot of the information is out there, but probably 15 percent isn't," he said. "If your car is one that needs access to that 15 percent, that's a problem."

To date, no state has adopted such legislation and this is the third attempt to do so in Massachusetts. Nor has the U.S. Congress, which remains the subject of efforts to write a federal Right to Repair bill.

According to proponents such as Morin, without the codes a customer no longer has th right to use a neighborhood repair service they know and trust. They must go to the dealer, who can charge whatever they want for a service no one else can provide.

Opponents, including an extensive list of manufacturers and service organizations, state most of the information is already available to those who know where to look. They think unrestricted access to all data would result in a greater number of "knockoffs" and substandard parts.

Whatever side you land on, it is a hotly debated issue in Massachusetts this summer.

"While this legislation is directed at the automobile industry, it could have implications on all companies involved in innovation and new product development," said John Heffernan, vice president of policy and external affairs for MassBio. "Our 600-plus members are investing hundreds of millions of dollars in research and development, commercializing new technologies and advancing new cures. This legislation, if passed, could discourage such activities in the state if protections on that investment are weakened."

Simultaneously, The American Automobile Association is backing Right to Repair at both the state and national levels. "Right to repair represents a victory for consumer choice and consumer convenience," said spokeswoman Mary MaGuire. AAA believes consumer would encounter fewer problems in auto repair if the legislation passes.

While technicians currently subscribe to technical services and purchase diagnostic tools from manufacturers, they still claim to be missing information needed to repair certain makes and models.

John Paul, a AAA auto expert, reports hearing from consumers throughout the country about incidents in which local shops couldn’t complete a repair because specific information only available to the dealer. Still, he says access to electronic data is "much better than it was 10 to 12 years ago." He suspects it's possible that consumer pressure, such as this bill, has served to get manufacturers to provide as much information as possible.

Neither Representative Barrows, nor Ross have decided how they will vote if the bill comes to a vote. Barrows favored Right to Repair in the past, but says manufacturers have "lightened up a little" on the amount of info they're providing to repair shops.

Anonymous wrote on June 30, 2011 - 6:24pm Permalink
The customer is King. He should have a choice to do business wherever he chooses The customer drives the manufacturer and the neighborhood repair facility. Both manufacturer and indpendant repair shops are being supported by the customer. Let's give him WHAT HE WANTS. By the way what he want's is CHOICE. Casey O'Gorman Sr. Owner Auto Analyzers