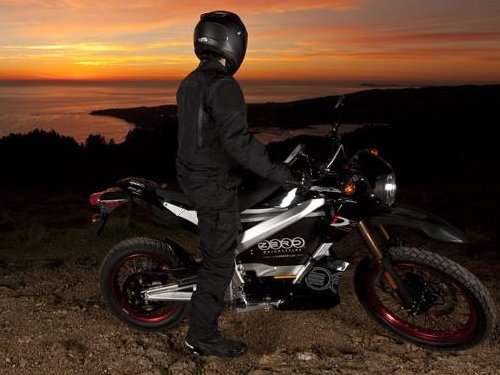 In events that didn’t even exist before 2009, the results of electric motorcycle racing are rapidly catching up to their combustion-based counterparts. The kickoff to the 2011 TTXGP North American Championship Series May 15 was won by a Brammo Empulse RR setting the fastest lap speed ever for an electric motorcycle at Infineon Raceway.
Advertisement

The two-wheeler’s best time was 1:55.150 on the 2.5-mile track, nearly two seconds quicker than last year's winning entry. The average lap was only 20 seconds off the fastest lap time set by a 1,000cc gas-powered superbike running the same track, according to a brief notice in the Los Angeles Times yesterday.

Meanwhile Zero motorcycles is producing a whole like of electric dirt, street and dual sport bikes powered by lithium ion batteries and boasting the lightest motorcycle frame in the world.

Autoblog is quoted on their website stating, “Designed to handle that psycho shortcut you’ve dreamed of taking…” That’s Just the kind of sentiment bound to inspire the motorcycle enthusiasts we’ve had the pleasure of knowing.

The company has even delivered one of its DS models to the police in Scott’s Valley. The acceptance of electric vehicles by municipalities, corporate fleets and larger government entities is a growing phenomenon.

The police in Scotts Valley use the bike for patrol, traffic duty and assignments where the model’s versatility and stealthy operation provides an edge to enforcement, according to an article in the Wall Street Journal earlier this year.

Before 1912, electric vehicles were the symbol of the very rich until the combustion engine came into favor. The world is rapidly coming full circle as the bloom falls off the petroleum blossom, but this time electric vehicles are for everyone – not just the well to do.

Perhaps Jay Leno said it best, stating, “This is pretty cool. I really do think that this is the future.“