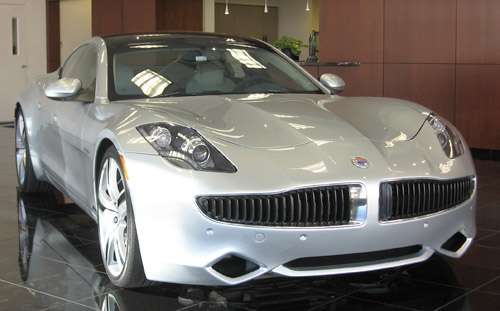 As election year begins, California seeks to clear the air

The California Air Resources Board is expected to vote today on a set of new automotive quotas and emission rules that may blaze a trail into a cleaner future the rest of the country could easily end up following.
Advertisement

These new regulations, known as “advanced clean air rules,” would require a minumum of 15 percent of the new automobiles sold annually in the state by 2025 to produce little if any emissions. The rules would take partial effect in 2018 incrementally increasing to that level over the seven-year period. The goal is 1.4 million zero-emission vehicles in the state by 2025 from the current level of a mere 10,000.

If you doubt this could be the path the nation will take, remember California was first to ban unleaded gas, require catalytic converters and limit the emission levels of combustion engines – though their clean air rules are still the strictest in the country, all these other aspects are now part of our daily lives because California lead the way.

"This is a really large step. It's transformational," Tom Cackette, an engineer and chief deputy director of the board is quoted as saying in a post yesterday by Paul Rogers of the Mercury News. "Ten years from now the market is going to look quite a bit different."

The new rules will also affect vehicles running on gasoline or diesel fuel, requiring a 75 percent reduction in smog forming or particulate emissions from all new passenger vehicles by 2025. Greenhouse gasses are also addressed though and must be reduced by 50 percent over the same period.

The regulators estimate the new rules could add as much as $1,900 on average to the price of a new car but predict a savings of roughly $5,900 at the pump over the life of the car. If that’s considered 10 years then you make your money back in about 3 years. If the cars life is expected to be longer than that it will take longer to get into the black again.

In related news, Michael Brune, Executive Director of the Sierra Club, posted the text of an address he made to officials of the Environmental Protection Agency and National Highway Traffic Safety Administration earlier this week on the Huffington Post website yesterday.

Addressing the same proposed regulations Brune remarked, “…our dangerous addiction to oil is threatening our quality of life by draining our wallets at the gas pump, polluting our air, and devastating our climate. Every day, we send nearly $1 billion overseas for foreign oil – wasting money that should be fueling American innovation and investment in growing industries like clean energy. Our oil addiction fuels the climate disruption that is increasing the number and intensity of severe droughts and devastating storms. It also puts our troops at risk around the world, and our families' health and security at risk here at home.”

Obviously Brune is an unabashed supporter of the proposed national CAFE requirements, not to mention the advanced regulations California is considering. He goes on to state that in 2025, new car buyers will end up saving $3,500 over the cost of the new technology, resulting in a savings of 1.5 million barrels of oil daily – exactly the amount we imported from Saudi Arabia and Iraq in 2010. Not only that he see the new regulations creating over half a million jobs throughout the country by 2030.

"We believe it's a pretty reasonable target," said Simon Mui, a batteries scientist who works with the San Francisco-based Natural Resources Defense Council, according to the Mercury News. "Every major automaker and numerous startups are offering some type of plug-in hybrid or pure-electric vehicle already -- or they will be in the next two or three years."

We recently saw unleaded gasoline selling for $2.92 a gallon locally, but one only need look to Iran’s saber-rattling in the Straits of Hormuz last week to realize how volatile the price really is. If we relax our guard and begin sucking up gas in inefficient vehicles again, that alone would drive up the price.

Still that’s not the best argument for these new standards.

“As a father of two young kids, I'm relieved to know that the cars they'll drive in the years to come will use much less oil and emit less pollution,” Brune said. “The reality is, these standards are strong, and they need to be stronger. Dirty oil pollutes our air, our water and our atmosphere – and as we've seen over the past couple of elections, Big Oil cash pollutes our democracy.”

Those are the reasons we need cleaner cars: for our children, our planet and our political system to survive.

Krista wrote on January 26, 2012 - 9:27am Permalink
Thank you for the article. Listing multiple reasons repeatedly will help buyers decide to explore electric because hopefully one or more reasons will resonate with them. As we see more charging stations, people will feel more comfortable with the convenience of an electric car. It is a big factor - "where can I charge when I'm away from home?" Even though a short charge goes a long way. I'm guessing most people don't drive 200 miles a day, but for those occasions, people want to know they won't be stranded. Come on GE Wattstations~ make your presence known to the masses. When the comfort level is there, people will take the leap.
Don Bain wrote on January 26, 2012 - 4:36pm Permalink
You're welcome. What a lot of people don't know is anywhere you can plug in an RV you can charge an EV. In the West those are really more common than you'd think. Bob Dylan said it best... You don't need a Weatherman to know which way the wind blows...