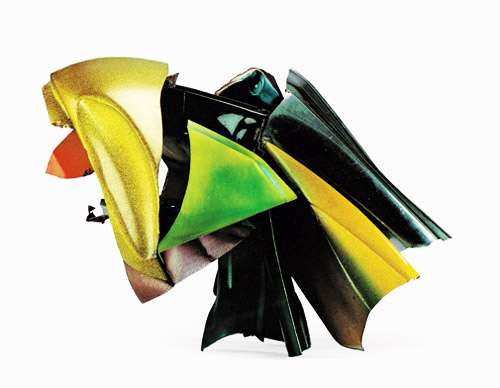 Everyone attending the New York International Auto Show this week at the Jacob K. Javits Convention Center, April 6 to 15, to one degree or another shares a passion for the design, style and artistry of the automobile that represents itself in our lives.
Advertisement

This year, NYIAS will offer a bevy of beautiful concept cars that always reveal the cutting edge of the artistry and design to come from the major auto manufacturers. For 2012, these include the Cadillac Ciel, Volkswagen E-Bugster, Kia GT concept, Acura NSX, Lincoln MKZ, Chevolet Code 130R and Tru 140S; Land Rover DC100 and DC100S; Toyota NS4, plus, last but not least the Lexus LF-LC.

All of these are likely to get the blood rushing for any true automotive enthusiasts with their futuristic phenotypes, innovative propulsion systems and their inspiring, not to mention drop dead gorgeous curves and body styles.

Those who appreciate automotive design as fine art might be delighted to find that just a short taxi or subway jaunt across the Big Apple, an automotive inspired retrospective of fine art in the Guggenheim Museum.

John Chamberlain is an artist and sculptor who gained mainstream notice during the 1950s with vibrant, highly-energetic expressionist sculpture comprised of found or salvaged afterlife car parts, incorporating the brilliant palette of automotive paints into his work. The auto manufacturers create beautiful cars and then John Chamberlain creates beautiful works of art from their post use skeletons.

Chamberlain’s work explored large, spatial masses that mirror the massive automobiles of the period. By crushing various parts from numerous cars in a vivid array of car colors, then welding the components into an imaginative array of highly creative metal collages, the artist found his muse. They are as compelling and inspirational as the vehicles that furnished his raw materials.

The retrospective covers over 60 years of Chamberlain’s highly productive career, including the many efforts, explorations and periods of this world-renown sculptor and artist who regrettably passed away in December of 2011.

For a short while in the 1960s, the artist strayed from his automotive based sculpture, venturing into small paintings using enamel automotive finishes as well as 16-mm film and unusual materials like urethane foam, aluminum foil, paper bags, and mineral-coated Plexiglas.

Nevertheless the 1970s brought him back to working with crushed automobile parts in the bright colors of the times paralleling the country’s growing fascination with car style and culture.

During this time, Chamberlain restricted his work to certain parts of the automobile, such as fenders, bumpers, or the chassis. He added color or sometimes took color away from found car parts using dripping, spraying, or patterning techniques over existing colors to a sporadically exotic effect.

The image above is titled Miss Remember Ford, said to be a play on words surrounding centerfold girls (Miss September, for example) along with the Father of the assembly line and early automotive manufacturer Henry Ford.

For the intervening decades, Chamberlain’s unquenchable artistic exploration lead him a little away from this basic automotive base artistic equation, yet as his efforts gained maturity, he delved into more aggressive manipulations of form and color and away from his crushed-car fame.

Nevertheless, during the final artistic period of his life, Chamberlain returned to his dead vehicle raw materials, producing a body of work clearly devoted to his love of art and automobiles after the fact of their usefulness to everyone else. During this period he created some of the most monumental works of his career, virtual bonfires of horizontal and vertical crushed and rolled metal, drawn from his exclusive supply of automobiles from the ‘40s and ‘50s. These pieces embody the artist’s lifelong mantra, “It’s all in the fit.”

No doubt, there are design and production executives in the management of the major automotive manufacturers who have issued exactly such sentiments without knowing they are echoing one of America’s foremost modern artists.

So after you’ve had your fill of the fancy new cars, their sleek, sexy designs and innovative new propulsion, check out another kind of automotive art and design by exploring the John Chamerlain: Choices exhibit at the Solomon R. Guggenheim Museum, at 1071 Fifth Avenue, in the Rotunda Levels 2–6 of the High Gallery.

The exhibit runs through May 13 and will be up and available throughout the 2012 NYIAS exhibits.