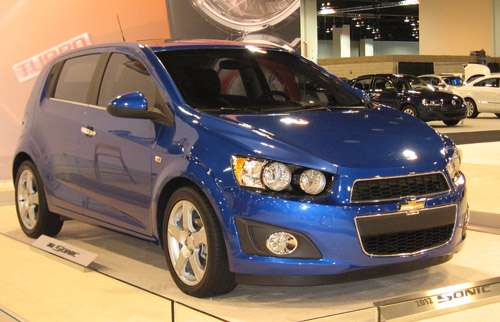 Ford, General Motors and Chrysler participated in an overall 15.7 percent surge in auto sales last month, the highest level of automotive sales since February 2008, three months before the economy lost its way.
Advertisement

An article by Reuter’s by Deepa Seetharaman and Ben Klayman posted earlier today cited a February sales surge to an annual level higher than at any time in the last four years, projecting a 16 percent jump, that sustained would lead to a record post-slump total of 15.1 million vehicle sales in the U.S. this year.

This is the second month in a row auto sales have topped even the rosiest predictions and a good sign for the economy, which despite resilient mortgage woes and $5 gasoline, may be a portent of a business environment in remission.

"That in itself is probably a big green-light indicator for consumers," said Jesse Toprak of TrueCar.com analyst according to Reuters. "It's telling them it's OK to buy a car. You'll be fine."

Those increased gas prices, now at a national average of $3.70 and $4.29 in California according to AAA, are driving more people to high-mileage vehicles, which represent a significant portion of the surge in sales.

Notably sales of the Ford Focus, one of the major success stories of the brand post-slump, more than doubled in February as overall sales climbed 15.7 percent higher with 1.1 million units contracted by the country’s dealers.

"There are a number of factors that are helping release this pent-up demand," GM's U.S. sales chief, Don Johnson, told analysts on a conference call. "Perhaps the most encouraging sign is that home builders are becoming more optimistic."

This marks the third year of an intermittent recovery by the Big Three and the auto industry, still trying to return to the average sales level of 17 million during the 10 years including and preceding 2007. Sales of 15 million this year would reclaim a fair portion of the difference between last year’s 12.8 million total sales and the 2007 target.

By brand, Chrysler increased U.S. sales by 40 percent year to year in the same period. Volkswagen AG sales surged similarly by 42.5 percent, while Kia Motors was up 37.3 percent and Nissan boosted their sales by 15.5 percent. Ford gained at the rate of 14 percent and GM sold 209,306 vehicles last month, up 1.1 percent from the previous February. Notably GM was already on its way to regaining its number one position in global sales by that time. Many pundits expected sagging sales for the brand without the incentives GM offered last year, but were proven wrong.

This trend to smaller cars is definitely showing up in the economic weather report illuminated by this sales surge. Besides the jump in Focus sales, Honda moved over 27,000 Civics in February, up 42% from last year. The brand most associated with the word “Green,” the Toyota Prius hybrid, enjoyed a year over year sales surge of 52 percent, exceeding 20,000 units. Chevy’s sub-compact Sonic sold three times as well as the Aveo it replaced, accounting for 7,900 sales last month.

"You look at the various things happening out there in the economy. Claims for unemployment are coming down. Jobs are being created. While we would like it to be better, consumer confidence is on the upswing," said Erich Merkle, sales analyst at Ford Motor Co., according to a post by Jerry Hirsch in the Los Angeles Times.

Leasing deals, which dried up and blew away like tumbleweeds during the economic downturn, are coming back and currently represent one fifth of automotive contracts.

"We're seeing a rebound in leasing and a slight improvement in credit availability, which is bringing customers that were shut out of the market two or three years ago back into dealerships," John Humphrey, senior vice president of global automotive operations at J.D. Power & Associates, told Hirsch. "Both of these elements bode well for consumers in terms of making vehicles more affordable, which will drive more traffic into showrooms."

What’s notably missing from the February numbers and sales surge is an exodus away from full size pickups, a traditional result of rising gas prices. So far truck sales remain strong and are playing their part in a resurging economy – perhaps due to the rising outlook of home builders.

Given this data, it will be interesting to see what March sales may bring. If the month comes in like a lamb and goes out like a lion in an economic sense, the vernal equinox may herald more prosperous times for us all.