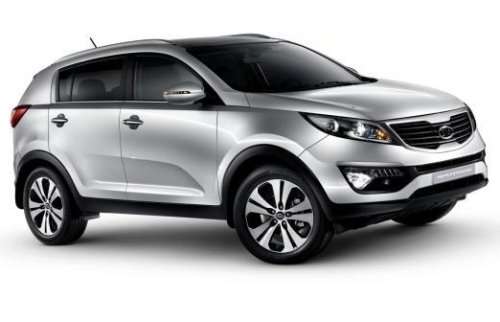 A Mobile, AL county jury has returned a $40 million wrongful death verdict against Kia Motors of America after five years of litigation and two appeals to the Alabama Supreme Court. The case, filed by Tonya Leytham, was focused on the A97 seatbelt buckle installed in Kia Sportage and Sephia models from 1995 to 2000.
Advertisement

The buckles had a defect causing them to be susceptible to "false latching," so the user thinks they are securely belted when they really are not. In an accident, the false latching can allow the buckle to release, substantially increasing the risk of serious injury or death.

The U.S. Government made inquiries about the problem during 2002, and Kia issued a safety defect recall in December of that year, but only for model years 1995 through 1998 vehicles. The 1999 and 2000 cars were not recalled, even though they featured the same defective seatbelt buckle as the recalled cars. The 2002 recall resulted in the modification of 189,000 cars, but 251,000 cars were not recalled and the owners were not notified of the safety defect.

In April of 2004, the government questioned the scope of the recall and why 1999 and 2000 model year cars were not included. The feds also requested Kia deliver over a dozen of the buckles for testing by the U.S. Government. Kia failed to deliver the buckles for testing and instead advised the government during June of 2004 they would recall model years 1999 and 2000 in August.

Tiffany Stabler received the gift of a used 1999 Kia Sephia from her father on her 16th birthday, May 6, 2004. As a doting dad, he had the car serviced at the local Kia dealership, including all recall work, changed the tires and performed all maintenance needed to make the vehicle safe. Even though Kia officials knew there was a safety defect, they had not issued a recall for the seatbelt buckles in this model year. The August recall date was just one month too late for Tiffany.

"Tiffany's father would never have given his little girl that car if he thought it was unsafe. While the jury's verdict does not change the fact that Tiffany's death could have been and should have been prevented, hopefully it will result in a change in business practices so that when a product manufacturer knows its product has a safety defect, it will make full and complete disclosure and promptly recall all of the defective products and not just some of them," said Skip Finkbohner, who tried the case with Toby Brown, Robert Mitchell and David Wirtes of Cunningham Bounds, LLC.

pamela wise wrote on September 28, 2020 - 1:41pm Permalink
I was head injured in my 1995 Kia Sephia while driving to work in January of 2000. I was coming off the 405/167 freeway onto the Sumner exit when I hit black ice. I had no idea the shoulder harness would not hold a 130# female as I rolled over into an icy ditch. An ambulance was called for me and took me to the Good Samaritan ER in Puyallup, WA. After all this, I struggled to get back up on my feet and back to life caring for my household and my children and my job. This article was just now seen by these eyes within the last hour. I would never have purchased 3 more new Kias after seeing this. I had no idea of any of this. I've been waiting for my 2002 (purchased new in March 2003) Kia Sportage with 124,667 miles on it for almost 6 weeks waiting for them to do the right thing at the George Gee dealership in Liberty Lake, WA. Thank you for printing this article as it has been an eye opener for me.