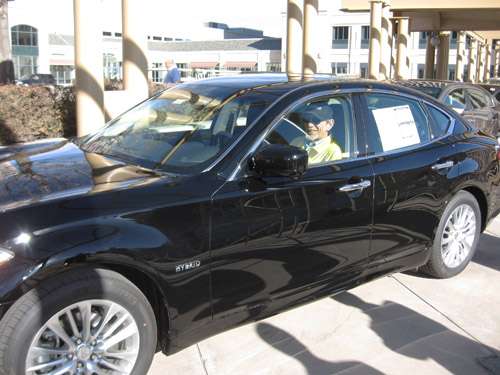 The Coalition for Older Roadway User Safety (CORUS) has expressed its unqualified approval of the language promoting older driver and pedestrian safety submitted by Senator Bill Nelson of Florida, and inserted into the Senate Transportation bill, authorized by the upper congressional body last Thursday.
Advertisement

The AAA Foundation for Traffic Safety projects more than 25 percent of American drivers will be 65 years of age or older by 2030. Addressing the infrastructure needs of older Americans now is an investment in the continued safety and quality of life as all Americans age.

"We know that literally millions of baby boomers will reach their sixties in the near future and we know that we have the ability to make our roadways safer for older drivers. This legislation ensures that we will do the right thing and ensure their safety on America's roadways," said Roger A. Wentz, President & CEO of the American Traffic Safety Services Association (ATSSA).

CORUS represents various organizations including AARP, ATSSA, American Highway Users Alliance, Easter Seals, National Association of Area Agencies on Aging and Transportation for America. All are in unanimous agreement on the wisdom of making America's roads safer for older drivers and pedestrians.

"AARP is delighted that because of this amendment, states will now adopt specific plans to make roads safer for older drivers and pedestrians," said Joyce Rogers, Senior Vice President for Government Affairs. "Investing in proven, low-cost roadway improvements that help keep older drivers and pedestrians safe will make the roads safer for everyone."

The $109 billion bill, known as the Moving Ahead for Progress in the 21st Century Act (MAP-21), S.1813 also includes language specifying improved safety for teen drivers and rural roads as well. The bill still needs to pass the House of Representatives but that is an expected eventuality.

During 2010, almost 33,000 people died on our roads while over 2.2 million more were injured, creating a serious public health epidemic despite the declining number of automotive fatalities. Automotive collisions are still the foremost killer of Americans from five to 34 years of age and large truck crashes involving fatal injuries are up nearly nine percent. It is this kind of statistics MAP-2 is aimed at improving – not just for the sake of the numbers, but in reality for the citizens themselves.

Specifically, Sen. Nelson’s amendment says that when states discover an increasing rate of fatalities and serious injuries among older drivers and pedestrians, they must redirect Strategic Highway Safety Plans to focus more directly on roadway safety infrastructure changes that alter those incidence rates.

Notably, the first of the massive Baby Boomer generation, born within the years 1948 through 1964, will reach 65 this year, followed by growing numbers of their peers over the 15 years to come. It would be interesting to know what percentage of our elected representatives came out of this generation. Chances are it’s one of the more enduring majorities in our Congressional assemblies and will remain so for a few miles down the road of the republic.

Aaron Turpen wrote on March 18, 2012 - 11:21am Permalink
So what, exactly, are they proposing to change to accommodate old people? More rest areas for more frequent pit stops? Bigger dumpsters to accept used Depends? Wider lanes so geriatrics can wander in safety? Rubber bumpers? I'm guessing this bill is just a lot of rhetoric to appease the AARP voting bloc.

Panasonic Updates Profit Forecast, Noting How Much Tesla Batteries Help The Jump
2022 Porsche 911 GT3 Laps Nurburgring in 7:04 With Journalist Behind The Wheel
END_OF_DOCUMENT_TOKEN_TO_BE_REPLACED