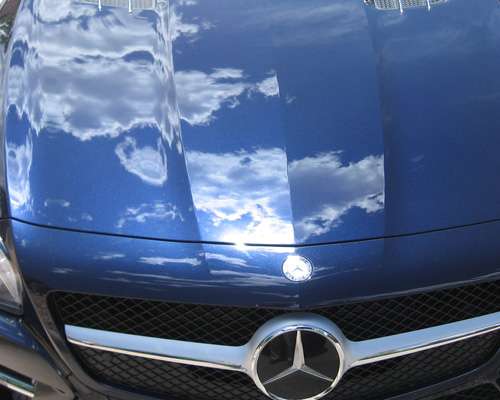 The world’s largest automotive market will mark the beginning of the year 4710 on lichun or February 12, 2013, and the effects of limited capitalism and a growing auto culture are causing more change than the communist revolution of Mao Tse Tung did in 1949.
Advertisement

Even the glimpse of an automobile was a rare thing indeed in this country of 1.3 billion as late as 1980. Even then, they were just the Soviet LADAs and Red Flag sedans driven by the upper echelons of the party.

It took decades for the socialist-oriented market economy, implemented in 1978, to produce much of a market for automobiles, but when it arrived it was BIG!

During 2012, 1.8 million cars were sold in China, eclipsing the U.S. market’s projection of 14.5 million units. From 2000 to the present, automobile ownership in China has jumped by 20 times, compared to the level at millennium’s end.

If anything, the potential is astounding. In the US, there are about 600 cars to every 1,000 citizens, according to an article by Tania Branigan on theguardian.co.uk. In China, those massive recent sales add up to only 44 vehicles per 1,000 Chinese.

Nevertheless, with only one car for every 22.7 people, China is already experiencing the Western affectations of the divisive pursuit of social status and urban gridlock that produces toxic clouds of smog.

Michael Dunne, an adviser for investments in the burgeoning Asian automobile industry, described the emerging car culture in China to Branigan thus:

"In China, it's more about social status: look at me, look at my new car,” he said. “It's much more about the thrill you get from pulling up in front of your hotel or golf club or workplace and being seen and recognized."

Further, it becomes apparent that the gap between the common man and the automobile owner is even greater than one in 22, as one couple Branigan interviewed already owns a Peugeot and a Subaru and yet is looking at new Mini-Coopers – wanting something fresher and sportier.

New cars cost from 10 to 15 years salary for the average worker. Could you afford a car at that cost level? Not likely, unless you are one of the poor souls the Republicans are trying to protect from taxation.

Luxury brands have gained new life in the Asian nation. During November, a parade of 130 Ferraris drove through the streets of Guangzhou to mark the brand’s 20 years in country.

Rolls Royce offered a $1.2 million Year of the Dragon themed special edition that featured Chinese dragons stitched to the seat backs – all eight were sold within two months.

In fact many of the Western manufacturers would go belly up if not for the Asian market, so high is the demand for automotive status among the newly rich.

"There is no way to overstate how much foreign companies have become reliant on sustaining success in the Chinese market," added Dunne, author of American Wheels, Chinese Roads: The Story Of General Motors In China. "For GM, Hyundai, Nissan, Volkswagen, Audi, it's already the number one car market in the world. Take China out of their portfolio and their fortunes would reverse."

The fact that China’s automotive market is slowing from its meteoric rise is insignificant. Eight percent growth from 18 million units is still a robust market by any Western standards.

By instituting prohibitive tariffs on imports, the Chinese have insured foreign investment that creates factories, jobs and tax revenues for the government, but they are also aware they are creating a monster.

China has little domestic oil production and is consequently facing the same need to import foreign oil that has undeniably altered the course of American history and could potentially produce similar effects there.

In China, since the car culture has been so late in coming and is far less prevalent than it is in America, the immediate effects of it are more readily visible to the populace.

The Chinese government wants the automotive industry and a higher standard of living for their people, but realizes there’s a downside to the industry. Take for example the rising death toll on the nation’s highways from automotive collisions.

In 2011, 62,387 people were reported killed in automobile accidents, down from a peak number in 2002. However some think the government is fudging the numbers to manipulate public perception. They have found official statements alleging 81,649 deaths in 2007, but when the death certificates are examined, 221,135 were reportedly a result of auto crashes.

In fact, in China the automobile is becoming a symbol of what’s best and worst about the country’s newfound economic prosperity. Cars are representative of Chinese corruption and abuse of power, greed and materialism – not to mention environmental degradation.

Further, in a country ruled by dynasties for 3.500 years, with only two classes – the rulers and everyone else – cars help to reveal the growing gap between haves and have-nots. The class distinctions that riddled Western Civilization for 2,000 years, and whose recurring tendencies to war created the basis of communist theory, have finally appeared in China.

Outrage explodes when rich kids in exotic cars run down the less privileged. People gossip endlessly about the fancy cars licensed to government officials or their relatives, many of which licenses are forgeries, purchased by those who wish to appear more important.

It is commonly believed one party member’s promotion was dashed when his boy killed someone in his Ferrari last year. One witness to an exotic car crash was heard to say, "It would be better if just the rich people died."

Average drivers in their more mainstream cars, already complain about the arrogance and driving habits of those in exotic luxury vehicles.
The youth of China are justifiably concerned about the environment and though, like many Americans, most Chinese drivers may not be concerned about their own automotive emissions, rising temperatures or sea levels, Chinese policy-makers are.

The common people do notice, however, when their children choke on the smog they breathe and grumble and grouse when they encounter gridlock on their way to work.

Reportedly, Bloomberg held a race across the capital last month, in which a bicycle reached the finish line 22 minutes before a Porsche.

If they keep selling up to 20 million cars per year until then, I would rather try to drive through Los Angeles at rush hour than try to get across a major city in China.