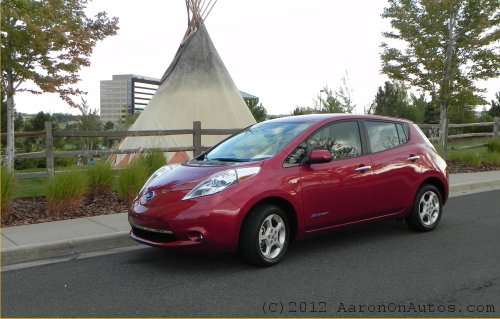 Whatever the true reason for the jump in California gasoline prices last week, the image of petrol nearing $6 a gallon was burned into the national psyche, possibly providing the precise stimulus some need to reconsider their transportation choices.
Advertisement

The average price of gasoline in California, reported at $4.66 today by the Los Angeles Times, is 83¢ more than the national average of $3.83, as reported by PluginCars.com.

Many of the broadcast news reports about the California gas price surge revealed station signs as high as $5.69 and many retailers were simply out of gas entirely and shut down their pumps, notably the CostCo bigbox stores.

When your livelihood depends on getting around, what conclusions will be drawn from a widespread shortage? Can you afford to gamble on an industry susceptible to so many factors?

The actual reasons for the increase range from the explosion at the Chevron refinery in Richmond August 6, to a Valero refinery in Benicia that was shutdown 10 days earlier for maintenance when the Fluid Catalytic Cracker Unit suffered a failed compressor. They were just completing repairs when fire disrupted production at the Chevron site, the second largest refinery in California.

Those were the real events combining to begin the price spiral, but is that the whole story? Both those events were two months ago and though the Chevron refinery is still not back into production, why did prices continue to rise?

According to Ronald D. White’s report in the LA Times, government officials are questioning whether something underhanded was involved in the price surge.

Many of the fuel retailers claimed the price increases were a result of limited supply, but Feinstein insisted the state’s data on fuel supplies showed them very near normal, adding that fact "appears to confirm that market fundamentals are not to blame for rising gas prices in California," regardless of the recent pipeline and refinery woes.

Of course the price of oil is subject to great many other influences than just the ones California is suffering from. Politics, global economics, weather and the simple fact the supply cannot keep up with the growing demand in China, India and other emerging nations are also factors affecting the price of oil.

So as the consumer begins to look at the amount various forms of transportation cost per mile, electric vehicles like the Nissan Leaf lead the pack, followed by hybrid cars like the Prius.

Dan Turner, also writing for the LA Times, did the math just three days ago, wondering if gas at $5 a gallon made the electric car a wise choice. Turner compared fuel costs and annual operating expenses on the Nissan Leaf, Toyota Prius, Mini Cooper, Ford Focus, Honda Civic, Honda CR-V, Toyota Camry and the BMW 328i.

His computations resulted in a cost per mile to drive the Nissan Leaf of 22¢ and annual costs of $2,629. The Toyota Prius took second at 29¢ per mile and yearly costs of $3,407.

If not for Federal tax incentives the Ford Focus would be cheaper to operate than any of the others until the eighth year of ownership. The Leaf would finally become cheaper at year 15, Turner concluded.

However, he had not computed in the average tax deduction of $4,000 or its effect on ownership over the long term. Another factor is how long the lithium ion battery will last and what it will cost to replace it once it is needed, somewhere between 8 and 10 years after purchase.

One thing you can probably count on is batteries will get cheaper as the number of electric cars increases, and gas will only cost more and more as time wears on.

Our contacts at GM provided the following figures. According to the EPA the Chevy Volt gets 35 kWh/100 miles and 37 mpg (or 2.7 gallons per 100 miles), but the mix is what matters.GM's data states the average Volt driver in California runs all electric 62 percent of the time. so computing cost per gallon over 100 miles would arrive at $3.34 worth of electricity and $4.77 in gasoline.

The total is just over 8¢ per mile, but this fails to factor in the expense of buying and maintaining the car as the figures above do. The base price for the Volt is currently set at $31,645, while the Leaf is $35,200 and both are eligible for the Federal Tax Credit. All totaled the Volt's cost per mile is probably fairly competitive as well.

As the number of EVs begins to grow, the transition to electric vehicles will pick up speed as the cost of batteries lessens and the related infrastructure increases. The auto industry in America is facing a change unprecedented since Henry Ford’s Model T took the place of the rich man's electric car in the early 1900's.

We certainly live in interesting times, don’t we?

Nicolas Zart wrote on October 9, 2012 - 12:52pm Permalink
I've seen $4.80, whatever happened to the infuriated mass that rallied when gasoline went over $4 a year ago? Boy, are we passive sheeps or what? It's always the same thing. The petroleum cartel hikes the prices through the roof, people go into panic mode. The industry promises to lower prices again, which it does only to incrementally raise them again past previous levels. And meanwhile, I still see people gunning their SUVs and pickup trucks at green light only to heavily brake a few yards away. Maybe $5 a gallon is still not enough to wake people up. We need a comprehensive energy policy that lowers petroleum consumption. If not, we'll continue bleeding our money away to foreign lands with dubious ties to groups that threaten global security or in the case of "home made petroleum", the oil company mafia that gets subsidies even through a recession while we sweat it out. Is this the definition of insanity or what?
Don Bain wrote on October 9, 2012 - 2:55pm Permalink
$5 won't wake everyone but it's a start - it will nudge a few folks into wakefulness and events will continue to do so until it reaches sufficient numbers to achieve critical mass. The progression of current events is in some ways similar to the motion of a pendulum. You can push it a long way in one direction, but ultimately it always swings back the other way. I wouldn't recommend standing in the pendulum's path when that happens.