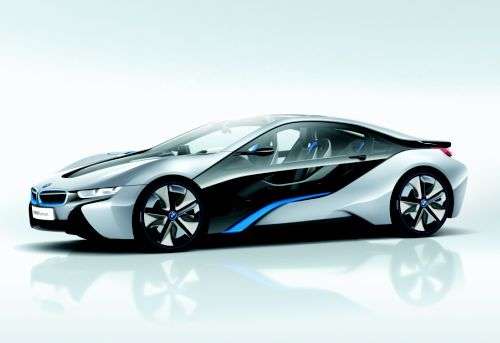 Following their introduction of LED-only headlights, BMW is now developing laser light technology as the next step in the development of vehicle headlamps, thus lengthening the brand’s lead in innovative lighting technology.
Advertisement

BMW has already taken the lead in headlamp technology with full LED exterior lights for the BMW 6 Series, not to mention Anti-dazzle High-Beam Assistant, Dynamic Light Spot, referring to a system that automatically illuminates pedestrians in a timely fashion, thereby directing the driver’s attention and response.

Nevertheless, the ongoing quest for automotive innovation has driven BMW engineers to work on laser light as another trailblazing technology for production in a few short years. Laser headlights could well facilitate entirely new lighting applications to enhance both safety and visibility while contributing to higher efficiency via savings in energy and fuel as well.

Light Amplification through Stimulated Emission of Radiation or LASER produces what’s known as coherent or parallel light projection. Laser technology is already part of a number of consumer products like DVD and CD players. Their use is generally unnoticed. That will all change however, when laser headlamps are used in automobiles – the advantages should be readily apparent.

Laser headlamps will essentially utilize nano-technology as laser diodes with a length of just ten microns, are one hundredth the size of the single millimeter square-shaped cells in conventional LED lighting, opening a portal to all sorts of new possibilities as laser light is integrated into the vehicle exterior illumination.

No they won’t blind Bambi in the headlights! The light poses no risks to humans, or wildlife because it is not emitted directly, but converted into a form suitable for highway traffic. It produces a very bright white light not unpleasant to the eye with very low energy consumption.

The BMW engineers are not planning tiny but powerful headlights, though that would be entirely possible. Instead, laser headlights will maintain the traditional size and shape, but might reduce the depth of the unit, thus opening up new options for headlight positioning and corresponding body styles.

A further advantage of laser lighting technology, and one which the BMW engineers intend to use to full effect, is its inherent high efficiency. So it is not surprising BMW plans to take advantage of laser lighting technology to increase the efficiency of the overall vehicle. It is only appropriate the first installation of this technology will come in a concept car from the BMW i sub-brand, the BMW i8 Concept.

After all, the lower case I in BMW i represents a new concept strongly based on the attainable goal of automotive sustainability.