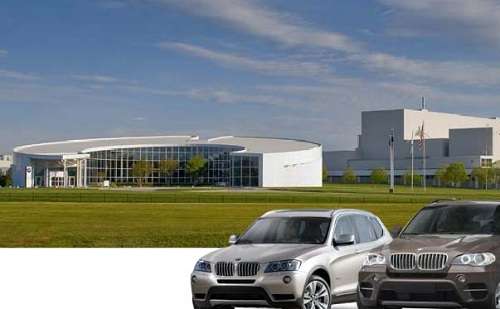 BMW's Spartanburg facility the top auto producer in the U.S.

BMW production, up to over 255,000 vehicles at its Spartanburg plant in South Carolina, is the top auto production facility in North America in the first 11 months of 2011.
Advertisement

(TorqueNews) Sparenburg, SC - Pursuant to the opening of a new assembly line in November of 2010, the BMW Spartenburg plant has produced 255,359 models, contrasted with 142,135 last year, equaling a whopping 80 percent boost in production.

The stated goal for the facility is 270,000 units and employing some 7,000 workers BMW managed to fabricate 11,349 X3s, 9,650 X5s and 3,680 X6s there during the month of November for a total of 24,679, according to an article in the Charleston Regional Business Journal. If they were to produce a similar number of cars and SUVs during December, their total annual production at the plant would surpass 280,000 vehicles. Even allowing for holiday shutdowns, the plant should easily meet the stated goal.

BMW ramped up production this year after a $750 million pour into the operation at the Spartanburg plant. A full 70 percent of BMW’s production there is exported to some 130 markets via the Port of Charleston. BMW exports add $4 billion annually to the South Carolina and U.S. economy.

In total production output for the first 11 months of 2011, General Motors comes in first with 2.9 million vehicles, followed by Ford’s 2.4 million and Chrysler taking third with 1.8 million, based on manufacturers’ reports.

In comparison, BMW AG total sales are nearing the level of Chrysler with 1.6 million in global sales looming for 2011.

“In the mid-term, we expect U.S. sales of 300,000 units for the BMW brand,” Willisch is reported as stating. This goal is considered achievable largely thanks to the brand’s new lineup for 2012, which includes the new 3 Series and X1 SAV.

“We have already sold more vehicles in the first 11 months of this year than in the whole of 2010 and we have also broken our sales record from 2007 – 1,500,678,” said Ian Robertson member of the BMW AG Board of Management. “This puts our record sales target for the full year of more than 1.6 million vehicles well within our reach.”

BMW ultimately wants “to be the No. 1 premium brand in the U.S. — this year and in the future,” Robertson added. “Year to date, we are ahead of Mercedes. And, we intend to defend that position. In November, the main impetus for growth came from the BMW X3, the BMW 5 Series and the BMW 6 Series – with further momentum from the new BMW 1 Series, which has been available on the market since September, and has already received several awards from the automotive media.”

Lexus is the current luxury leader in the U.S. with sales of 201,769 units through November. The brand has held this enviable position for the past 11 years, but with another year of auto sales growth expected, the battle lines are being drawn.

“Next year is an election year in the U.S. – this is why I expect support for the automotive sector,” Robertson told Automotive News. “The market will continue to move up a little bit.”

SC Car Dealer wrote on December 14, 2011 - 8:04pm Permalink
This is amazing as I leave not far from the BMW Spartenburg plant in South Carolina and have visited there. This is a great, clean plant. They have tours for visitors and I have enjoyed being in one of these toulrs. Now plan to take my son to one of these tours.
Anonymous wrote on December 16, 2011 - 6:39am Permalink
Due in part to the Japan crisis this year, Lexus sales have dropped drastically, they have not been leading the sales segment for a while. So far this year, BMW has sold 221,073 vehicles, while Mercedes has sold 219,491, according to the latest sales figures.