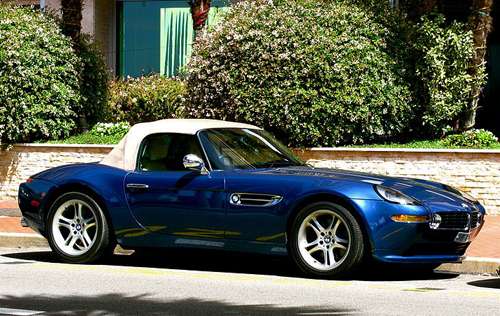 Major local broadcast news outlets picked up on the story tonight, when two different studies, reported in the New York Times and The Daily Mail, named BMW drivers as the worst of us when it comes to politeness and courtesy on the road.
Advertisement

The first study was based in the US and was performed by the University of California. It catalogued the behavior of motorists approaching a crosswalk a pedestrian had just entered. It seems drivers of luxury cars all faired badly by the study's criteria, with BMW drivers coming out decidedly the worst.

Surprisingly, Prius drivers also seem to think they had every right to drive on through the crosswalk. Performed in California where one is required to stop if a pedestrian is in the crosswalk, the report by Paul K. Piff, of the Institute of Personality and Social Research, links bad driving habits to the wealthy.

In my own experience, not meaning to encourage California’s law breakers, but as someone who tends to walk about frequently, it seems silly that a driver who can quickly get out of a pedestrian’s way well before they enter the vehicles intended path should have to wait. When a pedestrian is just entering the first of four lanes to cross a road, three or four cars can make a turn before those on foot get near the fourth lane.

So perhaps the drivers are simply aggravated at the temporal inefficiency of the California laws, when there is no obvious benefit to pedestrian safety.

Nevertheless, the study also quantified driver behavior at four way stops, again finding those with higher priced cars were more likely to seize the right of way out of turn.

According to Piff, about 80 percent of the observed drivers in California did the right thing.

“But you see this huge boost in a driver’s likelihood to commit infractions in more expensive cars,” the Times quotes him as saying. “In our crosswalk study, none of the cars in the beater-car category drove through the crosswalk. They always stopped for pedestrians.”

Again, personal experience has shown no clear understanding of the rules of right of way among the general public. Simply put, the one who first stops at a four way stop goes first, with each thereafter following in order. When one finds a motorist who doesn’t seem to know it’s their turn, don’t most of us go ahead anyway?

Maybe they just happen to know good lawyers and are thus less concerned with citations. Maybe a lot of people tend to ignore laws that are not generally enforced. The study makes no mention of how likely a citation for any of these infractions may be.

The other study, however, has no such easy out – drivers in the UK were asked to report on the make and color of incidences of road rage they’d witnessed and named men 35 to 50 years of age in blue BMWs as the most prone to outrageous driving.

Not only that, the study in The Daily Mail set 5:45 pm on Friday evening as the worst time for enraged drivers on the roads of London.

We know the feeling – the long hard week is done, you’ve had a really bad day and want nothing more to just be home for the weekend – and there are all these people in their cars in your way!

If one’s home isn’t flooding, sinking into the earth or burning, it will probably still be there upon arrival and it’s ever so much better to arrive alive than it is for your loved ones to have to meet you at the hospital or the morgue.

Besides, we’ve had occasion to become more annoyed at the people who buy really powerful fast cars and then insist on driving five miles under the speed limit.

What’s up with that – too many tickets already? Is a bowl of goldfish in the seat beside them?