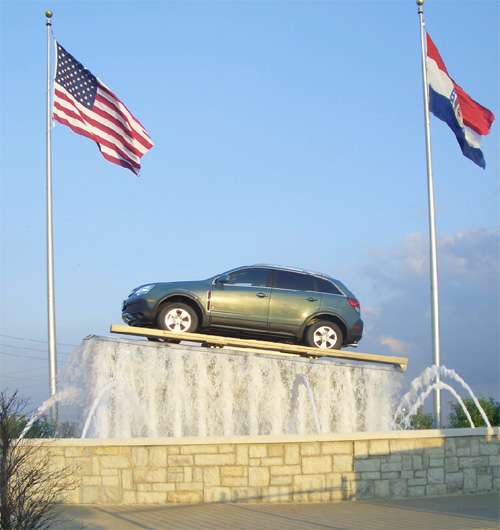 Some economists have significantly tempered their auto sales predictions for 2012, but brisk sales in August are defying such dire predictions and putting the nation back on track for 14.5 million unit sales this year.
Advertisement

A report in 9News states early results for August sales mean that fears sales of new vehicles could slow down during the last half of 2012 are unfounded, based on a projected 1.3 million auto sales this month.

That’s up 16 percent over August last year, based on data from J.D. Power and Associates by forecasting firm LMC Automotive. This generates a seasonally adjusted annual sales rate of 14.5 million and the strongest pace for any month in 2012.

"August continues this summer's trend of healthy growth in retail sales as dealers work to sell down inventory in time to make room for 2013 models," John Humphrey, senior vice president of global automotive operations for J.D. Power and Associates, said in a statement reported by USA Today.

"The strength in August light-vehicle sales takes some of the pressure off expectations for the balance of the year, but a high level of risk lingers," added Jeff Schuster, senior vice president of forecasting at LMC Automotive, in a statement, according to the national daily newspaper.

Meanwhile, dealers in Great Falls MT report brisk sales despite the fact new car introductions are now spread throughout the year. They also echo the fact late summer tends to be when most manufacturers offer additional incentives, including low interest and rebates, according to a post by Peter Johnson in the Great Falls Tribune.

“The end of summer is typically a good time to shop for new and used vehicles,” Johnson quotes Jonathan Banks, senior analyst with the National Automobile Dealers Association, as saying. “New vehicle sales were incredibly strong in July, surpassing a 14-million unit pace once again.”

Dealers in Big Sky Country report healthy sales this year, growing annually since 2008, but still not back to levels reached in 2007 before the Lehman Shock.

“We’ve seen that auto sales are up nationally and we’re hearing dealers in most parts of Montana say they’re doing well, too,” Rhonda Morgan, executive vice president of the Montana Auto Dealers Association told The Tribune, “But we don’t have hard figures yet to compare 2012 sales statewide with those from previous years.”

“Business is strong, but we’re not back yet to 2007, pre-recession figures yet,” reported Bob Oakland, chairman of City Motors. “Our sales have steadily improved since 2008, when they were down quite a bit. We went through the recession in pretty good shape, without laying anybody off, because we have strong service, body shop and parts business.”

If you don’t know this already, that is how most dealers make their profit, not from selling cars. It’s not surprising they are selling pickups in Montana, but what is remarkable is that they are selling a lot of Chevy Cruzes, Toyota Camrys and Prii.

“A lot of people are buying smaller cars, too, because of fuel price concerns,” Oakland added, “And interest rates on loans to buy new cars are unbelievably low, zero on some models and very low on others.”

“Our new vehicle sales are up 30 percent over 2011 and actually are better than they were before the recession,” he told the Tribune, mentioning that two co-owned Helena stores are performing similarly. “The three stores combined are expecting a record 3,000 new vehicle sales this year. People seem more confident about the economy and aren’t as reluctant to make major purchases,” he said.

Despite this, it is not a state or nationwide phenomena. In nearby Cascade County, sales are only up 12 percent compared to 22 percent statewide.

The market is quite varied and hard to read,” she stated. “We still have people who come in and pay cash for their vehicle, which tells me there are some folks out there with disposable income, but in general, I think consumers are a little uncertain right now even with all the huge manufacturer incentives.”

When Aaron Turpen and I were at the Nissan Next Innovation Tour on Friday, we both received handouts worth an extra $500 discount in addition to all current incentives and offers at Colorado Nissan dealers.

So as we near the end of summer, auto sales are still on track to total 14.5 million units this year, and there are bargains to be found by those with enough confidence in the economy and the future to sign on the clichéd dotted line.

We hope your future is so bright you have to wear shades.