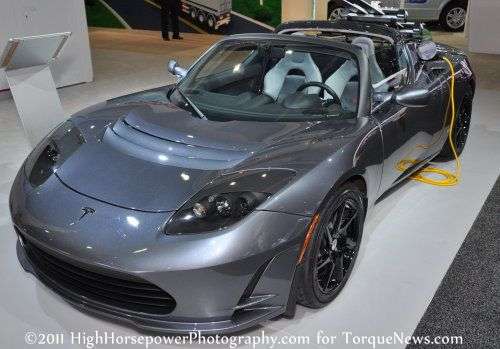 The American Automobile Association (AAA), the premiere U.S. motorist group, is in the process of obtaining recharging trucks in major markets in preparation for the inevitable need for mobile electric vehicle recharging as the Nissan Leaf and coming Ford Focus Electric become more common in our cities.
Advertisement

The organization will test the trucks starting in August, stated Christie Hyde, a spokeswoman for Orlando, Florida-based AAA, as reported by Alan Ohnsman on Bloomberg yesterday. The organization is planning to have at least six “mobile charging units,” in California, Oregon, Washington, Florida, Tennessee and Georgia, she said.

“We know electric vehicles are coming and we’ve got to be ready for them,” Hyde said. AAA is testing and considering mobile units from several different manufacturers.

As cars like the Leaf and Tesla’s Roadster and Model S, not to mention numerous models soon to be released from various manufacturers, increase their numbers a new infrastructure will be required. The government has mandated increased fuel efficiency and lower emissions in average from the vehicles sold henceforth. EV’s are the way many OEMs will achieve compliance.

Correspondingly, power companies are making upgrades to their networks to ensure customers can recharge these vehicles easily at home. New meters and transformers are required to accommodate the new automobiles.

Meanwhile, Nissan is planning to launch their own fleet of recharging trucks when the demand is sufficient. "As EVs gain wider consumer acceptance, it is important to create a roadside assistance system that can help motorists driving EVs which have run out of battery power," Hitoshi Kawaguchi, Nissan's senior vice president of external affairs, was quoted as saying on PSCars.com.

The trucks are already in testing in Japan where they have been criticized for using old, unclean-diesel trucks that pollute the air while they recharge the “Zero Emissions” Leaf. These, however, are just early test models and are not likely to be representative of the trucks that will finally come to the U.S.