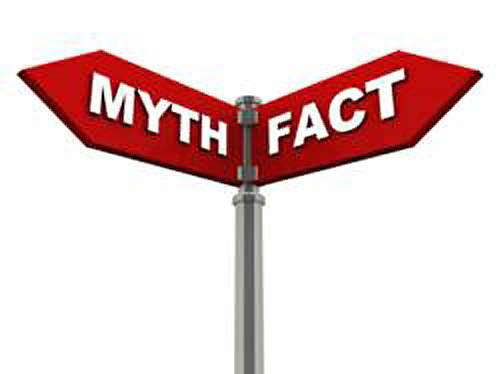 5 Falsehoods to avoid when shopping for auto insurance

In what is sometimes characterized as the Information Age, it’s amazing how much misinformation is readily available and even more startling how much of it is accepted without question, but such falsehoods can be costly when it comes to buying auto insurance.
Advertisement

The friendly folks at InsuranceHotline.com would love to help you a find a cheaper policy, but have been nice enough to point out the falsehoods currently circulating, to help create more informed consumers for something every car owner needs.

“Arming yourself with the truth will save you on car insurance and make shopping around easier,” says Tammy Ezer of InsuranceHotline.com, “and it can also make claims go more smoothly.”

Falsehood #1 – Used Cars are Cheaper to Insure than New Cars
For years now, the mission of the Insurance Institute for Highway Safety and the National Highway Traffic Safety Administration has been automotive safety. Consequently, certain used cars can be even more expensive to insure than certain new cars due to the lack of approved safety features.

If none of these are a factor, the value of the car is directly rated to the cost of insurance, so a used car could be cheaper to insure.

Falsehood #2 – A Lapse in Insurance Coverage Won’t Hurt You
While a short lapse in coverage won’t necessarily affect rates, it’s entirely possible it could. In some cases and with some companies a lapse of any significant length may increase your rates. Some firms offer loyalty discounts, in which case a lapse could negate current discounts.

Falsehood #3 – You Should Only Switch When Renewing
Switching insurance providers at renewal time makes certain aspects of the process less complicated and some companies may try to charge you termination penalties. Since modern corporations are always selling and attempting to put you in a servile position for life, it the duty of the consumer to forever be negotiating a better deal and continually wriggling out of attempts to ensnare you.

As it is with cable and satellite providers, the best way to keep these service providers on their toes is to switch with some regularity. Looking for a better deal is something worth pursuing anytime you think you can find one. Shopping rates and switching your insurance mid-term is not only possible, it could save a lot of money in the long run.

Falsehood #4 – Insurance will Replace a New Car within Two Years
This is only true if you have specifically insisted on a waiver of depreciation in your policy – it is not something normally there. If this coverage has not been added, a new car will only be covered at its depreciated amount, and it dropped thousands in value as soon as it left the sales lot.

Falsehood #5 – Police Report Accidents to Insurance Companies
They do not – they file a report when called to an accident scene, and will hand out traffic violations if warranted, but they don’t report to the insurance companies. That is the responsibility of those involved.

In conclusion, InsuranceHotline.com is a free online insurance referral and rate comparison service, covering a network of over 30 insurance companies and licensed insurance professionals and provides quotes based on the lowest rates available through its network. In business since 1994, the site does not sell insurance, is not a licensed broker and is not owned in whole or in part by an insurance company, agent or brokerage.