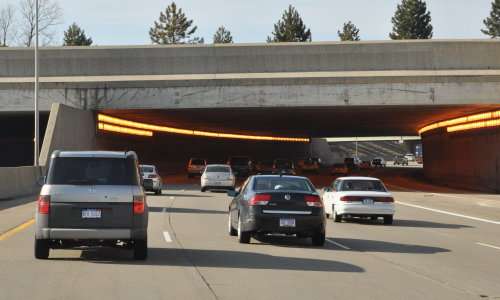 That estimate might be under the actual number, however, due to the lull in gas prices and the Presidential announcement of the release of national reserves to hold prices down. AAA’s projection of 39 million drivers venturing at least 50 miles from home is down 2.5 percent from 2010. The holiday weekend projections covers Thursday, June 30 to Monday, July 4.
Advertisement

The July 4th holiday period is usually the busiest time of year for family travel by auto. Nationwide 84 percent of travelers will go by vehicle compared with six percent flying and 10 percent going by bus or train.

"While gas prices are significantly more than they were last year, prices have come down in the last two weeks and we are seeing travelers taking to the roads this summer holiday to enjoy our Great Lakes and outdoor destinations," noted AAA Michigan president Steve Wagner. "Travelers are making some adjustments to pay for the increase in gas costs."

AAA's survey of intended travelers reports 56 percent stated gas prices would have no effect on their travel plans, the other 44 percent said they would economize in other areas, including taking a shorter trip.

The average distance to be traveled this Fourth of July is forecast to be 573 miles, seven percent less than 2010's 617 miles. Median spending is expected to be $807, up 25 percent from last year's $644. The increase includes higher hotel prices. Rates for AAA Three Diamond lodgings are expected to increase three percent from a year ago with travelers spending an average $147 nightly, compared to $143. Those heading to AAA Two Diamond hotels will pay $110 per night, up eight percent.

According to their Leisure Travel Index, airfares are expected to increase 11 percent over last year, with the average lowest round-trip rate of $213 for the top 40 U.S. air destinations.

AAA Michigan will partner with the Michigan State Police in supporting Operation C.A.R.E. over the holiday. Bright yellow banners will be posted at rest areas statewide, with many sites offering complimentary coffee and refreshments. Volunteers will provide information about avoiding the causes of deadly crashes, such as sleepiness at the wheel. Similar programs may be available in your home state as well.