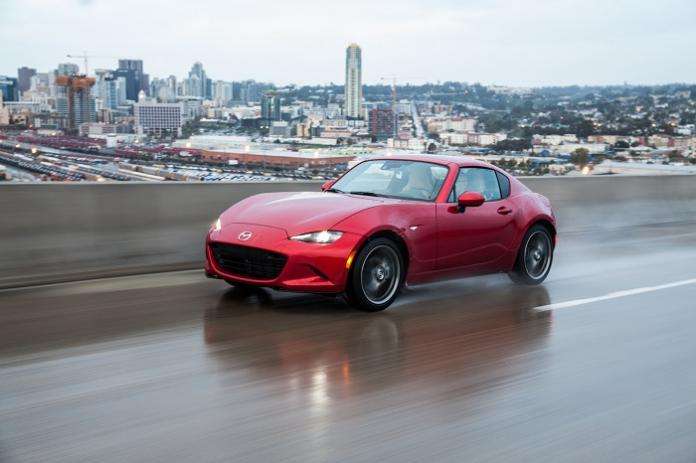 Mazda Miata vs Fiat 124 Spider - Which Is Faster

The Mazda Miata and Fiat 124 Spider share the same platform, but there are key differences.
Advertisement

The Fiat also has a less-aggressive suspension and tire setup. The Fast Lane Car recently put the two to the test at the track to see if the more-powerful Fiat or more-aggressively tuned Miata would be the quickest to complete laps.

The comparison is obvious, of course, due to the shared overall platform. These cars aren’t only competing in the same class, they’re cut from the same metaphorical cloth.

So, what wins? Well, you can watch the video to find out. Or you can scroll down.

One last time, if you don’t want to know, go watch the video and comeback.

In addition to the reasons above (less aggressive suspension and tires), the Fiat was also a little heavier. So that could account for the slower time.

Of course, the difference in time is still less than a second, so both cars are somewhat on par with each other.

For most folks, track time won’t be the deciding factor between the two, but if so, note that at least one outlet found the Miata to be faster, but not overwhelmingly so.