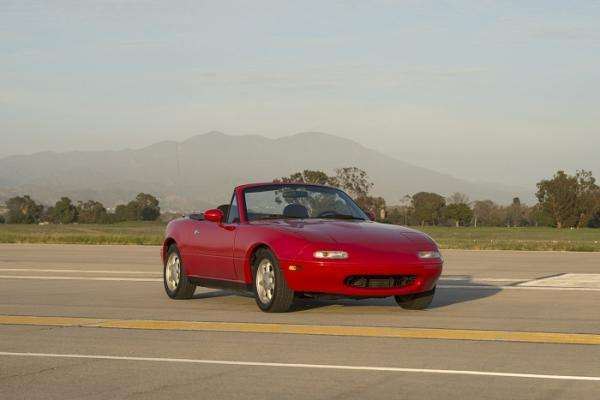 Who ever said playing video games would mean you wouldn’t amount to anything?
Advertisement

For the fourth year in a row, Mazda will pluck a driver who races in the virtual world of online simulation iRacer and qualfy them for the Mazda Road to 24 Shootout.

The Shootout awards a $100,000 scholarship to up and coming young racecar/sports car drivers.

Foot in the Door

“We’re excited that an iRacer will be participating in the Mazda Road to 24 Shootout again this year,” iRacing.com marketing director Kevin Bobbitt said. “The performances by Glenn McGee and other iRacers in past Shootouts testifies to how well they are able to hone their craft on iRacing, and we’re thrilled another skilled iRacer will be able to compete against other top grassroots racers in the 2017 Mazda Road to 24 Shootout.”

“Sim racing in general and iRacing in particular is a fertile source of top young racing talent,” Mazda Motorsports director John Doonan said. “We’ve repeatedly seen the driving skills, racecraft and focus needed to succeed in the virtual racing world transfer to the real racing environment. And we’re happy that we can continue to include iRacers in Mazda’s long term investment in the sport.”

Here’s how it works: Ever active iRacer who live in (or can travel to) the United States is eligible to compete for an entry into the Shootout. The iRacing Mazda Cup Series runs from June through September, and those who finish in the top 20 will be invited to submit various support materials, which could include a video profile, or social media posts, along with a resume and/or personal references. Those items will be submitted to an iRacing committee. After all that, the committee will then select one iRacing participant to drive in the 2017 Road to 24 Shootout, which will take place in late October or early November.

While iRacing is presumably not inexpensive, it’s still an interesting way to get a foot in the door – and we’d guess crashing hurts a hell of a lot less.