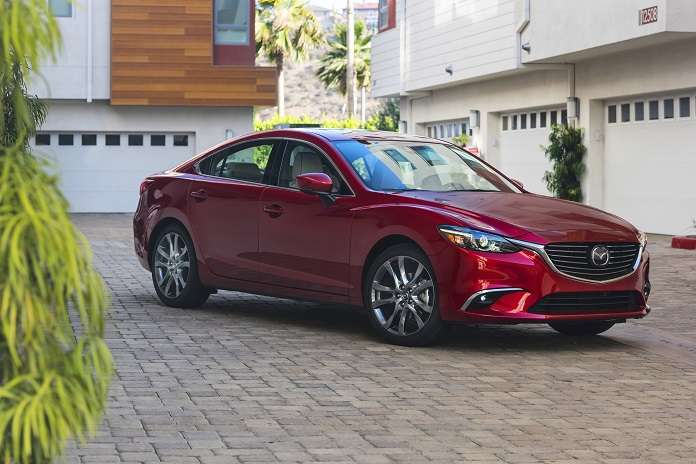 Mazda Builds the Safest Cars on the Road Today, According to Agency

According to the Insurance Institute for Highway Safety, Mazda has the safest car line right now.
Advertisement

it's Mazda and not Volvo, the brand most known for safety. And yes, maybe it’s surprising if you think of Mazda as the “zoom-zoom” driver’s car brand – although it shouldn’t be, as safety and sporty are no longer mutually exclusive. It’s been possible to have safety and sport in equal measure for a time that spans back at least 15-20 years.

Of course, folks over the age of 35 or so may also be surprised to see this news about Mazda, a company which once sold cheap econoboxes, but that version of Mazda has been dead and buried for longer than most of today’s teenagers have been alive.

“Our Mazda Proactive Safety Philosophy guides us to develop cars and crossover SUVs that are nimble and direct-feeling to help a driver avoid incidents altogether. Our vehicles are designed and engineered to help protect the driver and passengers if a collision happens,” said Masashi Otsuka, VP of Mazda North American R&D. “To Mazda, safety is about empowering the driver as much as helping to protect him or her.”

To be fair, the deck is a bit stacked here – Mazda has a small lineup of just six models, so it was quite easy for the company to earn the IIHS’ Top Safety Pick + designation across its lineup. It’s obviously not quite as easy a feat for larger brands with bigger lineups. And the redesigned CX-5 compact crossover only gets there with optional equipment.

Still, it’s positive press for a small make that’s trying to compete with bigger competitors – a make that is also trying to show off a more upscale side while still keeping its reputation for building cars that are a joy to drive.

Mazda has a tough fight ahead, but this news will help the brand get customers in a way that marketing an upscale image won’t.