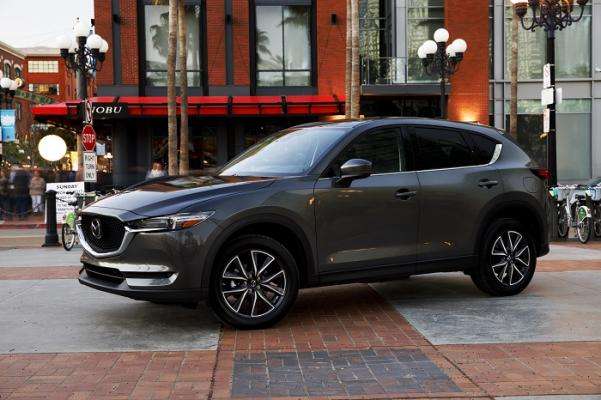 Despite Miata and CX-5 Boost, Mazda Sales Down Overall

The Miata and the all-new CX-5 crossover are driving Mazda’s sales – or at least they did last month.
Advertisement

Even with those two models selling well, Mazda fell victim to an industry-wide trend of slumping sales.

The sales slump that’s hit the industry is to be somewhat expected – the sales numbers we saw at the height of the industry’s post-recession recovery were unsustainable, and the pent-up demand of consumers who held on to old cars during the recession is also easing, as many of these folks have finally bought something new. So Mazda partisans may not have much reason to worry.

Especially since the Miata and CX-5 continue to do well – and the CX-5 is redesigned. Even with the redesign, sales of the outgoing CX-5 were part of the mix.

CX-5 Has Best May Ever

Overall, the company experienced a 7.9 percent decrease in sales from May of last year, with 26,047 units moved. Year-to-date sales through May are up 0.1 percent over last year – a year in which Mazda sold a total of 119,282 vehicles.

That decrease occurred despite an 18.9 percent increase for CX-5, which had its best May ever at 11,819 vehicles. Meanwhile, the Miata saw a jump of 22.6 percent year-over-year, with 1,226 sales of both the softtop and hardtop versions.

So what hurt Mazda? The Mazda 3 and the Mazda 6. The 3 compact hatch/sedan and the 6 mid-size sedan are both lineup stalwarts, but both suffered in May. The CX-3 subcompact crossover also slipped a little.

Both the 3 and 6 are well-reviewed vehicles, so it’s unlikely that lack of product quality is an issue. It could simply be that both are a bit far along in their current lifecycles, and not garnering the attention that the redesigned CX-5 and recently redone Miata would. The 3 last went under the knife in 2013 as a 2014 model, while the 6 saw its last major redesign at around the same time.

Mazda is a small company that has bet big on sportiness. With two of its bread-and-butter vehicles on the upper end of their lifecycles, and with the overall market slumping, it’s no shock that sales are down.

Luis wrote on July 4, 2017 - 2:06am Permalink
Mazda fan here. I remember a while back they started pouring more $ into advertising. I just think they need something more catchy something that will stick in consumers heads. I also have inside info that Mazda expected to move 25K Cx3s a year. This is another vehicle that rarely gets promoted. I knew Mazda would slump this year since sedan sales are down and their two current sedans started to age. I still think they need another Halo car the Miata is great but its just too niche..