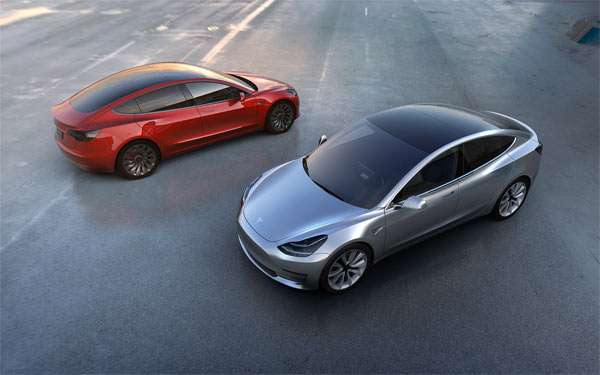 Vehicles currently being produced by US auto makers Tesla are being recalled for having defective airbags produced by Takata, an automotive parts manufacturer.
Advertisement

The US Transportation Department stated last Friday from a new list issued by the National Highway Traffic Safety Administration (NHTSA), which included 19 other vehicle brands in the recall, which included automakers such as Toyota, Chevrolet, Ford, NIssan, Volkswagen and Honda.

“The Department of Transportation is maintaining its aggressive oversight of the efforts to recall Takata air bags as quickly as possible.” “The amended order will speed up the availability of replacement air bags, and continues to prioritize the highest risk vehicles to protect the traveling public.” said U.S. Transportation Secretary Anthony Foxx.

The NHTSA has set deadlines for the replacement of the defective airbags which up to now have caused 11 deaths and around 180 injuries throughout the United States.

“NHTSA is doing everything possible to make sure that there are no more preventable injuries or deaths because of these dangerous air bag inflators,” said NHTSA Administrator Dr. Mark Rosekind. “All vehicle owners should regularly check their vehicles for recalls at SaferCar.gov and go get them fixed at no cost as soon as replacement parts are available.”

The airbag problem is nothing new with the troubles going on for more than two years, with 70 million being recalled in the United States alone. This recall is now the largest in auto history.
The problems have been that the airbags have been activated following minor collisions which have caused either injury or death in some cases.

The actual cause of the defective airbags is still under investigation but could be a result of a myriad of factors such as changes in climate conditions, design faults, chemical components or excessive moisture.

The Japanese manufacturer Takata are currently responsible for 20% of airbags and seat belts in the automotive market with a long history of producing automotive parts since 1933.
There is no official word on the Tesla website towards this issue.

While all this news is cause for concern, not all of the airbags produced by Takata are equally at risk for possibly years after being installed. This means that the NHTSA will be doing the recalls in phases from May 2016 - December 2019 with the most at risk airbags being the first on the list.
As the most dangerous airbags are already being recalled, Tesla's airbags are currently not the most at risk.

“The science clearly shows that these inflators become unsafe over time, faster when exposed to humidity and variations of temperature,” Rosekind added. “This recall schedule ensures the inflators will be recalled and replaced before they become dangerous, giving vehicle owners sufficient time to have them replaced before they pose a danger to vehicle occupants. NHTSA will continue to evaluate all available research and will act quickly to protect safety.”, stated NHTSA Administrator Mark Rosekind.

Tesla cars are still some of the safest on the roads, which means you should still have peace of mind with the most cutting edge of EV vehicles.

Armen Hareyan wrote on December 12, 2016 - 2:17pm Permalink
Ford the first time this list includes Tesla Model S EVs. USA Today also reports this. I wonder when Tesla will come out with an announcement on how to handle this recall.