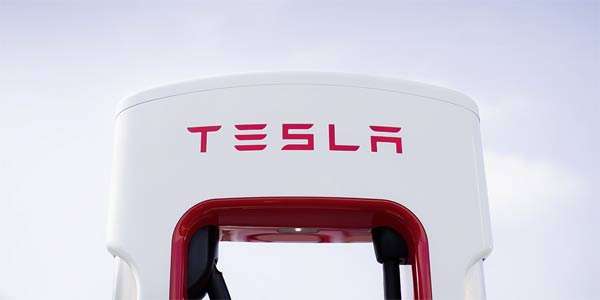 The time for Tesla owners to have an all-you-can-eat access to charging their vehicles seems to have come to an end for new Tesla owners with the company releasing charging costs via a blog post from the company's website.
Advertisement

Tesla will start charging supercharger fees for Tesla vehicles bought after January 15 as stated on a company blog post, with an allowance of 1000 miles of charging credits each year and then you pay for the rest. Model S and Model X purchases this year will have the equivalent of 400 kWh(kilowatt-hour) of Supercharging credits to play with before being charged. Existing owners will still be able to top up their energy for free at Supercharger points, so we are guessing if you can get in quick in the next day or two with a Tesla vehicle order you may just beat the deadline.

There is still a little caveat here as Tesla will charge you an 'idle fee' if you are connected to a supercharger after the charge session is complete, so watch you're charging times.

What are the costs?
There is no simple answer depending on where you charge up, simply because of the various regulations in different states and in different countries, but it essentially boils down to paying per kWh or the amount of electricity you consume at the charge point. However, in some areas you may be charged per minute, with the added complication of a two tier charging system based on how much charge you need and if your vehicle is the only one at the charging station. The two tier system states, 'Tier 1 applies while cars are charging at or below 60 kW and tier 2 applies while cars are charging above 60 kW. Tier 1 is half the cost of tier 2.' 'Tier 1 also applies anytime your vehicle is sharing Supercharger power with another car.'

In North America, you should be charged the same in any respective state. In other countries the fees will be individually fixed within each country, including taxes and fees, billed per kWh (kilowatt-hour). The 'small fee' Tesla states for going over your annual allowance is not specified.

This all means that there is not a flat cost for everybody, but it means you will be paying the same amount at any given charging point. As Tesla can't give specifics for every area, they have given some loose examples.

These costs will be after you've used up your 400 kWh(kilowatt-hour)/roughly 1,000 miles of credits for the year. Tesla say that the 400 kWh of charging credits should provide enough electricity for regular use. You can also charge your vehicle at home or any other convenient point if you don't want to impact on your supercharger credits.

Tesla say that they are bringing in the charges to help cover the expansion of the supercharger network, 'We are only aiming to recover a portion of our costs and set up a fair system for everyone; this will never be a profit center for Tesla. Customers can just plug in, charge up, and access their charging history on our website.'