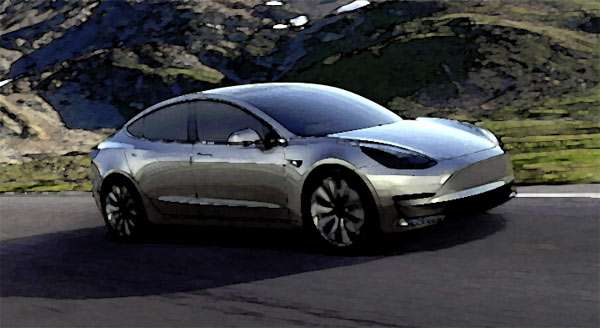 Tesla vehicle owners seem to be the rare breed that still love their cars despite problems.
Advertisement

Tesla Model S and Model X owners seem to love their vehicles, even after quality problems according to a study by J.D. Power. Kathleen Rizk, director of global automotive consulting at J.D. Power says this is mainly due to 'Tesla owners see themselves as pioneers who enjoy being early adopters of new technology.'

In the report by J.D. Power, 'Tesla: Beyond the Hype' they examine the company's quality issues based on findings from various different focus groups compared to other brands and makers. The study points out that many people spending $100,000 dollars+ on a vehicle would normally not tolerate problems on the vehicle which would affect negatively on their sales and reputation. But the study points out that Tesla seemed to be ' immune from disenchanting customers.'

However, all this may change when the Model 3 eventually hits the streets as people will not be as forgiving on a $35,000 vehicle. “When consumers buy a mass-market car in the $35,000 range that will be a primary means of transportation, the degree of expectation will increase immensely. We’ve seen that with other well-liked brands, whether or not it involves an electric vehicle.” Rizk said.
This is probably counter intuitive to many as you would think the criteria will be much more strict on a higher-priced vehicle, but Tesla have the luxury of all the early adopters and those who see the long-term benefit of the brand and vehicles.

Both the model S and the model X have had teething problems along the way, such as the Model X with its falcon-winged doors, climate control, latch, and lock problems. However, being an early adopter essentially means you have to take the rough with the smooth, so many Tesla owners are quite willing to put up with a few hiccups along the way, as long as they are not major problems.

There is also a mention in the Tesla forums of a guy on You Tube giving a two year review of his Tesla which after viewing can come across as highlighting more of the negatives of the vehicle than anything else. But wading through the comments on the forum and on the YouTube page, the general consensus of the feedback seems to be that the problems are really no bigger than on other makers' vehicles and although the Model S has had its problems, most seem to be quite satisfied with their vehicles in general.

You will also be interesting to see the reactions on the upcoming Model 3 delivery dates, as this is not problems with the vehicle itself, but delivery. Who will still be interesting if those who have pre-ordered are still tolerant if their vehicle doesn't turn up on time.

The upcoming model 3 promises to be built on a more straightforward, optimized and simpler platform, which means problematic parts and servicing should be more straightforward and so standardizing the whole operation. Tesla are priding themselves in their factory setup and how it will ultimately be one of the best in the business for manufacture and optimization. If this goes Tesla's way, then the new model 3 in theory should be just as robust as any other vehicle on the road.

It would be good to hear your comments below on your Model S and Model X experiences, good and bad.